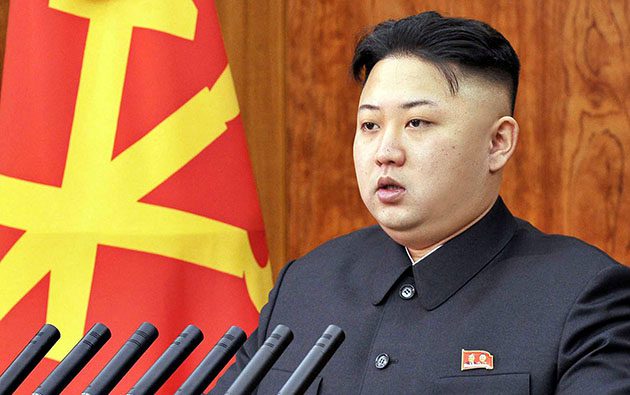 PYONGYANG — The Democratic People’s Republic of Korea (DPRK) on Monday claimed it successfully test-fired a surface-to-surface medium- and long-range ballistic missile Pukguksong-2 and its top leader Kim Jong Un guided the test firing, according to the state news agency KCNA.

The state media called Pukguksong-2 a “Korean-style new type of strategic weapon,” which was developed on the instructions of top leader Kim Jong Un on the basis of the success made in the test-firing of the submarine-launched ballistic missile last August. (DPRK-Missile)
– – – –
MOSCOW — A Russian civil helicopter crashed on Sunday night on the Teletskoye Lake in the country’s Altai Republic, with members aboard still missing, RIA Novosti agency reported quoting the emergency services.
Five people were probably on board the Robinson R66 light multi-purpose helicopter equipped with a two-bladed main rotor, according to the report. (Russia-Helicopter crash)
– – – –
SANAA — The Saudi-led coalition fighting Yemeni dominant Houthi rebels killed a six-member family in an air strike on the family’s house in the Red Sea port city of Mokha on Sunday evening, a medic and security official told Xinhua.h “Doctor Molok Mahis, director of maternal and childhood center, a non-governmental organization, was critically injured in the air strike on her home in Mokha and she is being now treated at the intensive care in the hospital,” the medic told Xinhua by phone. (Yemen-Fighting)
– – – –
TRIPOLI — An official of the Libyan Red Crescent said more than 70 bodies have been retrieved in Sirte in the last 10 days.
Saleh Bozreba, the head of the Red Crescent’s crisis management committee in Misrata, said that 65 of the retrieved bodies are IS militants who were killed in a U.S. airstrike on Jan. 19 in southern Sirte. (Libya-IS) Enditem