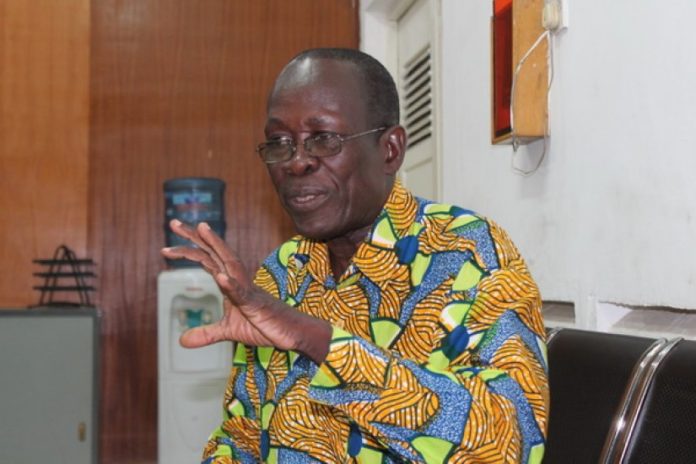 The Ghana Federation of Labour (GFL) has set 2023 as the action year for labour unions to iron out their differences and come together under one body – “Organized Labour,” Mr Abraham Koomson GFL Secretary General has stated.

“Recent unity among labour unions ensured that the government back-tracked and exempted the pension funds from its domestic debt restructuring programme, must serve as a rallying point and a wake-up call to the leadership of the various unions that we must work together.

“We achieved the breakthrough as one body with a common purpose to protect the interest of workers, it was not based on individual approach, therefore, the ground is fertile for us to come together and under Organized Labour,” Mr Koomson stated at the Ghana News Agency Tema Industrial News Hub Platform.

He said any individual interest group with challenges must follow internal due processes and seek redress, “we must not allow internal power struggles and misunderstandings to sink the labour ship….in 2023 we must all be on a rescue mission to save the Ghanaian worker from exploitation from employers”.

Mr Koomson said “union leaders must demonstrate commitment to the fight for workers’ interest, avoid underhand and backroom dealings with employers, and let us be truthful to the labour movement.

“Our priority as labour leaders must be the allegiance to the organisation, and let us not be traitors sacrificing the interest of workers for political and financial expediency”.

The GFL Secretary General said some union leaders served as “Political watchdogs,” who joined the union to advocate the interest of their political party and cause mayhem on the labour front.

He said, “Political Watchdogs within the labour front are corrupt, self-seeking, and only work to make gains from the challenges the Labour force is facing, yet pretend to be working to promote the development of the union”.

Mr Koomson cited the mismanagement of public funds by the government as another reason why the Labour unions work together, and not back down on their efforts to see that workers in the country are given what they are due.

He said any member of the Labour union especially among the leadership who identifies with a political party is not qualified to be a good member of the union.

The GFL Secretary General appealed to members of the Labour force to put aside their differences and continue to fight for the good of all.

Federation calls for a resolute labour front in Ghana

Memphis Cops Indicted in the Beating to Death of Tyre Nichols