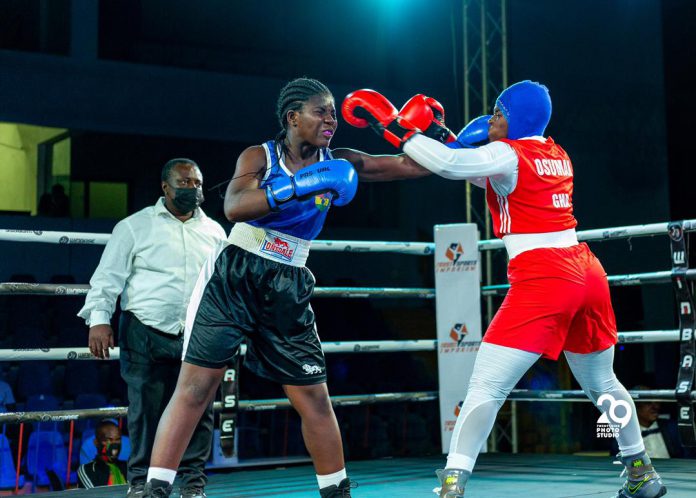 Female members in the national boxing team, the Black Bombers have appealed to the media and sports authorities to grant them the much needed support and recognition.

Sarah Botchway of Wisdom Boxing Gym and Faruiza Osman of Fit Square Gym made the passionate plea to the President of the Ghana Olympic Committee (GOC), Mr. Ben Nunoo Mensah on Friday when he visited the training camp of the Black Bombers who are preparing for the Tokyo Olympic Games.

Sarah Botchway who has been in boxing for many years said it is sad for them to be training always and not competing.

“Also when we train hard and are prepared for Games, we are dropped on the grounds of lack of finance” she lamented.

Faruiza Osman expressed that all sportsmen and women who have been selected to compete for the nation should be treated and rewarded equally.

The GOC President said his federation’s female weightlifters have often suffered similar ordeals, however he hopes things would change as the nation prepares to host the African Games in 2023, where the female boxers are going to be relied on to win medals, not forgetting the 2022 Commonwealth Games and the 2024 Paris Olympic Games.

It would be recalled that the Greater Accra Amateur Boxing Association (GAABA) recently organized an all female boxing event dubbed ‘Girls Box’ which was very successful and attracted a lot of fans at James Town.