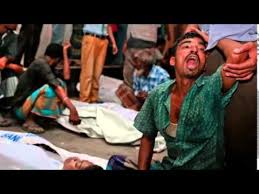 In the aftermath of Sunday’s ferry disaster that left at least 70 people dead and scores missing, old questions about safety standards and the laxity of law enforcement by relevant authorities are now being revived.
Ferry accidents, often blamed on overcrowding, old and rickety vessels and lax rules, are common in Bangladesh where scores of passengers perished every year. The ferry MV Mostafa capsized in Padma river at Sunday noon after it was hit by a cargo tanker. The ferry, like what happened in the past, was overloaded.

The ferry was allowed to carry 140 passengers. Although the police said only around 90 to 100 people were on board the vessel when it capsized, the locals estimated that as many as 200 were aboard the ill-fated ship.
The exact number of missing passengers has not been ascertained.
Police have seized the cargo ship, Nargis 1, which rammed into the side of the passenger vessel, and arrested the master and an assistant.

In the South Asian nation with a population of over 153 million, grief over the disaster has now turned into public outcry, as survivors and relatives of the victims point an accusing finger at the government and maritime authorities as responsible for the tragedy.
Scores of anxious and angry people, who waited over the last few days on the banks of the Padma river for the bodies of relatives, claimed that the government has been remiss in its duty to protect ferry passengers and have done nothing to prevent recurrence of such tragedies.
The mishap came months after another overcrowded ferry capsized with more than 200 passengers in the same river, leaving at least 100 dead.

A Dhaka University professor, who asked not to be named, said the repetition of such disasters embodies a culture of impunity of ferry operators and their officers, and inaction or inadequate regulatory oversight by relevant authorities.
He said poorly maintained ferries have long been the source of frequent accidents that resulted in the untimely deaths of thousands of people.

Referring to another accident in August last year in the country’s central Munshiganj district, the professor said a number of lawsuits have been filed against the owner but they were mostly dismissed.
Bangladesh’s anti-crime elite force Rapid Action Battalion (RAB) , however, has arrested the son of the ferry’s owner. The tragedy left 46 people dead and dozens missing.

While many have blamed the ferry owners for being greedy, careless and insensitive, the professor said the government bears the ultimate responsibility for such kind of a disaster.
Analysts said that all ferries in the country must undergo regular inspections to prevent such tragic ship wreckages that have killed at least 5,000 people over the past 14 years.

A Ministry of Shipping official admitted that in some cases the penalties for law violations are not commensurate to the crimes committed. The official, meanwhile, said there is a need to amend the laws.
The Inland Shipping Ordinance stipulates that if there is a storm signal, ferries would not be allowed to sail. But a violation of this ordinance carries only a maximum three-year imprisonment or a fine of up to about 384 U.S. dollars for the master or captain of the vessel.

Under the law, if the accident occurs due to the incompetence or misconduct of the owner, master or any officer or crew of the vessel, they will be liable to a maximum five-year imprisonment or a fine of up 1,282 U.S. dollars.
Parveen Sultana, prosecuting officer of the Ministry of Shipping, told Xinhua that charges of violation of maritime laws have been filed against 383 masters since 1990 in connection to ferry accidents.
She said there is an ongoing process to amend the existing Inland Shipping Ordinance to increase the penalties for erring marine officers to make them more careful.

Md Abdul Awal, an official at the Bangladesh Inland Water Transport Authority, said more safety measures have already been introduced to prevent ferry accidents.
“The statistics of the last five years show that the number of accidents as well as deaths has showed a downtrend,” he said.? Enditem

French Ambassador to Return to Washington on Wednesday – Macron