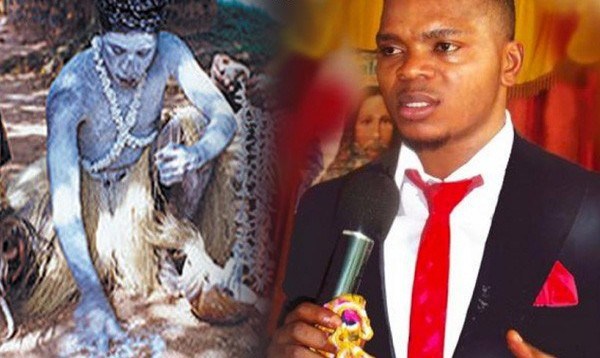 Okomfo Yaw Appiah the fetish priest who claims to be the source of Bishop Obinim’s spiritual powers showed up on the premises of a local radio station in Accra, Happy FM to battle the pastor in an earlier scheduled spiritual contest.

Pastor Obinim who had made an early promise to be meet the fetish priest anywhere for the spiritual battle failed to show up angering the many people who had gathered to witness the spiritual showdown.

The fetish priest who was visibly angered by Obinim’s no-show promised to give Obinim a second chance to meet him at a neutral ground for the battle and Obinim’s failure to appear that time will compel him to storm his church while his service is going on to disgrace him infront of his church members.

Ama Benyiwa Doe to be buried in December