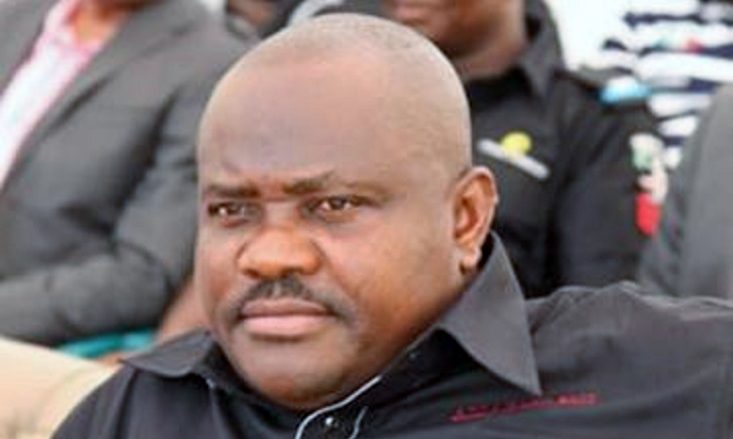 THE Federal Government weekend blasted some state Governors who have refused to access the counterpart fund for the implementation of Universal Basic Education in their states.??

??Our reporter reliably gathered that up till date, over N41 billion of the Federal Government matching grant through Universal Basic Education Commission (UBEC) for the development of Basic Education have not been accessed by the States Governments.??
??

The Supervising Minister of Education, Barr Nyesom Wike, who frowned at the attitude of the Governors while speaking at the 11th Quarterly Meeting of UBEC Management with Executive Chairmen of State Universal Basic Education Boards (SUBEBs) in Osogbo, Osun State capital, described the trend as worrisome and unacceptable.??

??In a statement signed by the Principal Public Relations Officer of UBEC, Mr. David Apeh and made available to journalists noted that the Supervising Minister was particularly worried that a lot of improvement could be done in the nation?s existing schools or the establishment of new ones across the country with such a huge sum that is un-accessed.??

??The minister represented by the Executive Secretary of UBEC, Dr. Dikko Suleiman at the meeting, explained that both conditional Matching Grant as well as the non-conditional special education fund from UBEC have been neglected by the States including FCT.??
??

Wike, however, said that Basic Education in Nigeria would soon begin to experience a new era of transformation and pragmatic achievement following the appointment of Dr. Suleiman as the new Executive Secretary of the Commission.??
??

The UBEC boss who was recently by President Goodluck Jonathan as the substantive Executive Secretary of the Commission is a seasoned educationist and a former Executive Chairman of Katsina State Universal Basic Education Board (SUBEB).??

??The Minister, expressed concern that the basic education in Nigeria was not where it should be.??
??

He, however, stressed that the Federal government was committed to achieving effective implementation of the UBE Scheme throughout the country.??
??

??He also informed the gathering that academic activities has commenced in all the Almajiri schools that were completed and Commissioned.??

??Executive Secretary UBEC, in his remark presented by the Deputy Executive Secretary (Services) Prof. Rashid Aderinoye, said the meeting was very crucial and presents another opportunity for members as leading stakeholders in basic education to exchange ideas and emulate good practices in the State that would make credible impact on the implementation of UBE programme in Nigeria.??

??He called on all SUBEB Chairmen to actively participate in the meeting and make useful constructions that will lead to solving problems hindering the implementation of UBE programme at all levels of government so that basic education delivery in Nigeria will be guaranteed and ensured.??