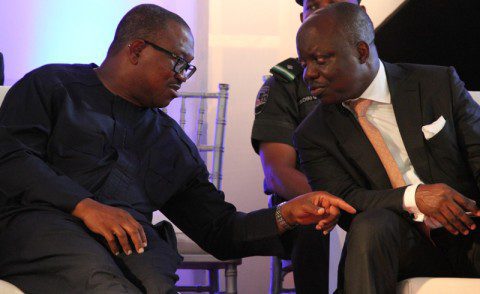 Governor Emmanuel Uduaghan of Delta State yesterday called on the Federal Government to rename the second bridge to be constructed across the river Niger, ?Asaba/Onitsha Bridge?.

The Governor who made the call at Onitsha during the ground breaking ceremony for the construction of the second bridge across the river Niger, said that the second bridge was significant and important not just for Delta and Anambra States, but for the entire country.

According to him, the socio-political and economic benefits of the bridge to the country cannot be quantified in addition to the boost it will give the nation?s unity and integration.

The Governor commended President Goodluck Jonathan for ensuring that the event was a reality saying: ?Mr. President we want to thank you for the efforts you have put in to ensure that you are flagging off the construction of this bridge today?.

Uduaghan promised the support and cooperation of Delta State Government to ensure that the project was completed on schedule without hitches adding: ?Let me assure the contractor that you are safe in this place, your workers are safe and you equipment and facilities are safe too?.

In an interview at the Asaba International Airport, The Former Deputy Governor of Delta State Chief Benjamin Elue said the  second bridge would help hasten industrialization and boost commercial activities in the South-East/South South regions and the country in general.

According to him, ?The ground breaking ceremony today by President Goodluck Jonathan will help boost the economy of this state, the South-East region and the country. It is a bridge that will promote commerce in the area and hasten our industrialization?.