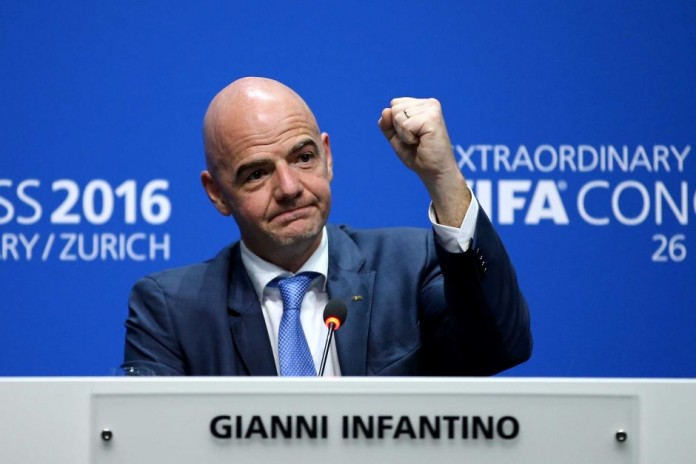 Infantino said that the International Football Board (IFAB) recently approved the presence of video assistant referees in certain circumstances, something that “we will carry out” experimentally “in the next two years.”

“We have 13 countries that want to carry out these experiments,” added the world soccer chief. The protocol “is being defined”, according to Infantino.

“It is very important that experiments are carried out in each country in a uniform way,” said Infantino.

Technology would only be used in match-changing situations such as validating goals, penalties and red cards, according the FIFA president.

“It is good that these experiments are happening,” said Infantino from a conference room inside the Centenario Stadium.

However, “we have to take care” and “look at the consequences of using technology in a game,” because soccer is different to other sports where you can stop at any time, according to the president.

“In soccer we have a game flow which is important to protect,” he added.

On this subject, we should especially listen to the soccer players, said the president.

The FIFA head arrived on Tuesday in Montevideo and has visited the Centenario Stadium and local teams Penarol and Nacional’s grounds. On Wednesday Infantino will meet with Uruguayan President Tabare Vazquez.