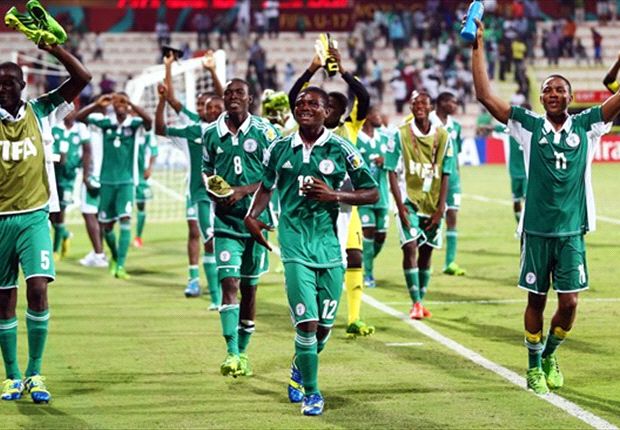 The age of the African players has been a controversial issue since time ago, Mexican press reported on Tuesday.

According to local sports daily La Aficion, the African soccer teams have supposedly broken the rule on the age limit.

Mexico qualified to semifinals at Chile 2015 FIFA U-17 World Cup and will face Nigeria, the current champion, on Thursday.

Nigeria defeated Brazil, an always favorite, with a 3-0 score.

The Nigerian squad is the most powerful team in the U-17 category with four championships. They are the largest winners in the history of U-17 World Cups.

But Nigeria has been constantly questioned about the age limit of some players, who do not tell the truth about their real age and take advantage of their younger rivals.

The most controversial case was the one of Nigerian former coach Adokiye Amiesimaka. In 2009 he affirmed the African U-17 team’s captain was 25-years-old and played in this category. “Seven years ago he was 18,” admitted Amieskimaka cited by sports website Kickoff.com .

The Nigerian Football Federation denied the coach’s statement and defended the younger players.

In the 2013 edition of U-17 World Cup held in the United Arab Emirates, there was another controversy around the Nigerian team, who beat 4-1 Iran. The Iranian coach questioned the age of the Nigerian players.

Nigeria’s U-17 team defeated Mexico twice in the 2013 World Cup. The first time with a score of 6-1 in the group phase and the second one in the final game, with a 3-0 score.