The Food and Agriculture Organization of the United Nations (FAO) said on Tuesday that funding shortfalls could derail aerial fight against desert locusts in East Africa.

FAO said in a statement that a locust desert fighting aerial force that had been assembled by countries in the East African region risked being grounded amid dwindling funds.”Without additional financing for fuel, airtime, and pilot hours, the 28 anti-locust aircraft which are now patrolling the skies to spot and spray locust swarms could cease operations in March,” said FAO.

The east and horn of African region is staring at another wave of desert locust invasion amid threat to food security and rural livelihoods.

According to FAO, Kenya and southern Ethiopia are already experiencing a gradual invasion by the voracious pests amid intensive breeding that was fuelled by favorable weather conditions.

“Even the United Republic of Tanzania recently witnessed a swarm in the northeast,” said FAO, adding that about 3.7 billion shillings (about 33.8 million U.S. dollars) was required to contain desert locusts in the region by June.Laurent Thomas, FAO Deputy Director-General, said that assembling a robust aerial infrastructure to fight desert locusts in the east African region has contributed to averting a worst case scenario during the first wave of invasion last year.

“The locust fighting machine that has been assembled in East Africa is now fully equipped and able to contain, suppress and we believe, eventually end this record-breaking upsurge,” said Thomas.

He said that governments in the region have improved their capacity to respond to the pests, adding that robust financing toward aerial surveillance and spraying is key to contain their spread. 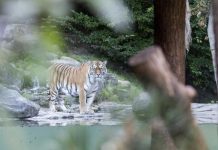