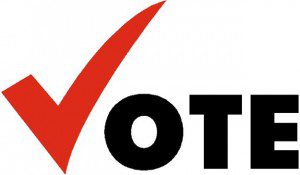 Filipinos see no need to impose martial law at this point to solve the many crises facing the country, a recent poll said Wednesday.

A survey by Pulse Asia Research said 74 percent of the 1,200 Filipinos surveyed in December disagreed with the view that martial law may be necessary now in order to resolve the various problems being faced by the country.

Talks about the possible imposition of martial law cropped up after Philippine President Rodrigo Duterte floated the idea of suspending the privilege of the habeas corpus in December. But Duterte insisted he had no plan of placing the country under martial rule.

“This is the prevailing opinion in all geographic areas, socio-economic classes and age groupings, as well as among both men and women,” the polling agency said in a report.

It said disagreement is more marked among (those surveyed) in Manila.

Only 12 percent of those surveyed agreed with the need to have martial rule in the country today, while 14 percent expressed indecision on the matter.

Former Philippine President Ferdinand Marcos imposed martial law in September 1972 and was forced to lift it in January 1981 amid mounting criticism from the international community. Enditem