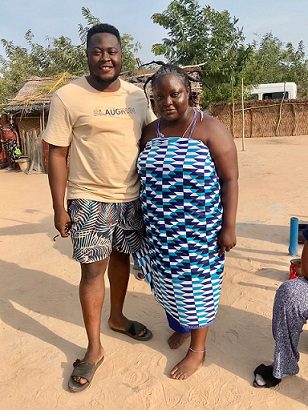 Ghanaian filmmaking maverick Kojo Little is setting the pace with a series of exciting serial dramas that is making waves across the continent.

After debuting his “Consternation” series a few years ago, Kojo Little has now progressed to featuring some top actors on the continent on his projects.

According to Kojo Little, who starred in the popular YOLO television series, his dream was to come out with productions that tell the story of today’s youth while advising them so they don’t go astray in life.

”The journey to being a filmmaker has been tough. I started off as an actor, and I learned so many things about making movies, having passed through the hands of some top filmmakers.

”I want to use filmmaking to connect with the youth by focusing on themes that resonate with their lives and help make them better and so far the response has been great,” he said in an interview.

Kojo Little’s latest production, “The Avenue,” which is currently being aired on Digital Satellite Television (DStv), features some interesting and intriguing characters.

He has worked with some top actors including Desmond Elliot, Joselyn Dumas, and Roselyn Ngissah, among others.