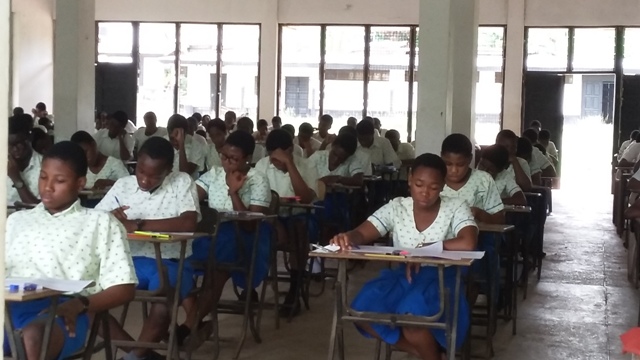 Final year Junior High School students in the La Nkwantanang Madina Municipal Assembly have returned to school to prepare for their exit examinations.

This is in line with the government’s directive that all JHS in the country should resume from June 29 for their final year exams.

A visit by the Ghana News Agency to some selected schools in the assembly saw that school were preparing to receive the students.

Madam Lydia Afua Appiah, Headmistress, Ebenezer Methodist School, said the temperature of the students were checked by the school’s private nurse before entry to the classroom; more so the school has received its personal protective equipment from the government.

She said the total number of students to sit for the final examination is 45 students and they have been divided to two classrooms.

At the Immanuel Presbyterian Basic School, Mr Thomas Kwasi Lissah, Headmaster, said many of the students have reported to school and have been given some orientation on the health protocols.

He said they have received their personal protective equipment from government and these would be distributed to the students before leaving to their various homes.

At the Queen of Peace Catholic Basic School the GNA observed that Veronica buckets have positioned at vantage points to aid in easy washing of hands by the students.

The students were in their face masks and properly seated in their class rooms ready for lessons.
Circuit Supervisors within the Assembly went round the schools to ensure that they adhered to the social distancing and enhanced hygiene protocols.