The Minister of Foreign Trade and Development of Finland, Mr Kai Mykkänen will visit Ghana from November 13-14. 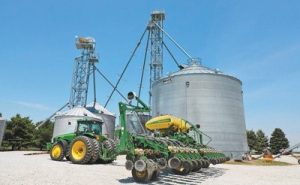 A statement issued by the Finland Embassy in Ghana and copied to the Ghana News Agency said Mr Mykkanen would arrive in the country with a Business Delegation of more than 20 Finnish companies, representing areas such as Power, ICT, Telecommunications, CleanTech, Health and Wellbeing, and Education.

It said the timing of the visit was of particular significance, as it takes place during the year that marks Finland’s 100th Anniversary as an independent nation.

It noted that, it is also the year when Ghana celebrates its 60th Anniversary, and Finland-Ghana diplomatic relations reaching 40 years.

The Finnish Ambassador to Ghana, Ms Pirjo Suomela-Chowdhury, said the visit is a clear indication of the strengthening business relations between Finland and Ghana, and a great opportunity to render them yet more dynamic.

The Ambassador noted that already there were many important Finnish companies doing business in Ghana.

It said with its reputation as one of the most stable countries in Africa, and with the new government in place since early this year, Ghana was seen by many Finnish companies as an attractive business destination.

It said Ms Suomela-Chowdhury believes that expanding trade between Finland and Ghana would offer many more opportunities for true win-win partnerships that would benefit both countries and their peoples for years to come.

The statement cited areas where Finland had strong know-how and expertise, including renewable energy, waste and water treatment, telecommunications, digitalization, security, health and wellbeing, and education – all areas that have great relevance also to the Ghanaian government and the private sector.

It said for Finnish companies, the visit would be an excellent chance to present their strengths, while learning more about the possibilities that the local market offers.

The statement said while in Ghana, Minister Mykkänen, together with the Business Delegation, would be looking forward to meeting important high-level decision makers, as well as representatives of the private sector, to explore ways of further promoting trade between the two countries.

It said the project that was subsequently taken to nine other African countries was aimed at promoting involvement of girls, in particular, in ICT and computer coding.

One Year Later, Trump-Dem Feud Over US Capitol Attack Rages On