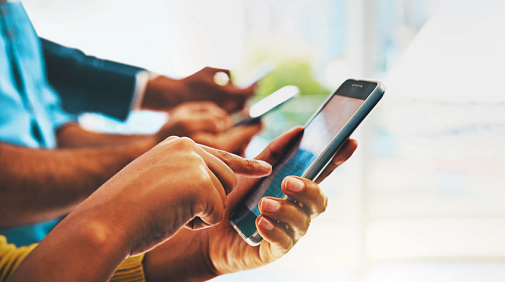 A report by Insider Intelligence on Fintech funding for the year 2021, indicate the Fintechs in the United Kingdom alone raked in more funding than that of Africa, Europe and the Middle East combined.

Per the report, UK-based fintechs scored a sevenfold funding jump last year, adding that investment in UK-base fintechs reached 601 deals, up by 27% over that of year 2020.

“London’s fintech boom was boosted by massive deals like the London Stock Exchange’s buyout of Refinitiv for $27 billion and Wipro’s $1.5 billion Capco takeover,” it said.

Additionally, five of the 10 largest fintech deals in Europe, Middle East and Africa  were also completed in the UK.

According to the report, funding for UK-based shot up because “The UK has created an environment that attracts fintech funding and encourages startups.”

It noted, for instance that the UK government sponsored the Kalifa Review of UK Fintech, which recommended strategies to stimulate fintech development, including a dedicated $1.28 billion Fintech Growth Fund. The government also funds Tech Nation, a network for accelerating fintech growth.

Again, the Financial Conduct Authority (FCA) of the UK has taken an active role in developing the industry. It established a sandbox where approved fintech firms can test products with real consumers and updated its rules to let companies with dual-class shares join the premium segment of the London Stock Exchange (LSE). The new rules broaden fintechs’ investor bases and could benefit firms like Wise that are listed on the LSE’s standard segment.

The other thing that worked for the UK was the fact that customers are tech savvy. The UK’s consumer base has one of the highest fintech adoption rates in the world, at 71%, per The Global City—giving fintech firms a huge market in which to win customers.

Additionally, zooming out from financial services, UK tech firms captured more than one-third of investments into Europe in 2021, bringing in roughly £30 billion.

Raises from tech firms going public also grew, doubling from 2020 to hit £6.6 billion ($9.08 billion). A culture of tech entrepreneurship and a wide talent pool have turned the technology sector into a bright spot in the UK economy.

The report predicts that global fintech funding will reach a new record this year, surpassing $150 billion, and despite rising interest rates and funding growth in rival markets like Latin America and the EU, Britain’s fintech scene will continue to attract considerable investment.

Obviously, deliberate government and regulatory support for the Fintech industry is critical to its growth. It is laudable that the Bank of Ghana now has a sandbox that incubates Fintech startups. But more needs to be done to support tech startup in a way that drives investor confidence.

For instance, tech startups in Ghana are being asked to make huge deposits for licenses, which is way beyond their means, and it is a put off for investors. Another unfriendly regulatory requirement is the Ghana Revenue Authority (GRA) demanding that a tech startup pays tax on an imaginary expected revenue even before the company starts operations.

Such unfriendly regulatory requirements threatens innovation in the Fintech space. Government and regulators need to be deliberate in their support for startups to attract more investors.

FIDO raises US$30m for new products and expansion across Africa