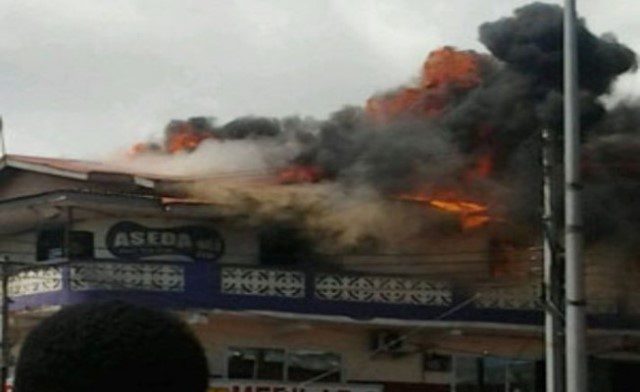 At the point, nobody knows what might have cause the fire outbreak. Apparently, took a long time for Fire Service personnel to get to the location.

It appears that there is no fire station in takoradi which to hunger of some eye witness at the scene.

According to them, the fire started around 2:17pm to 2:40pm before fire service people trickled in to the scene but by then it have gotten out of hand because the station is already gone.

All effort where made to contact the regional and district commander but prove futile.