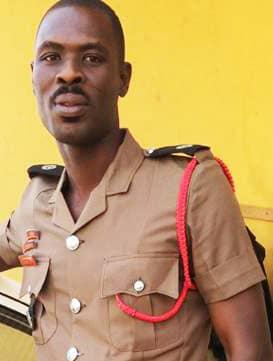 The victims, Nana Yaw, 21, and Nana Kwame, 20, were hired by the landlord, name withheld for security reasons, to desilt chocked well in his house.

According to an eyewitness account, the first victim, Nana Yaw, entered into the well to start working but when Nana Kwame and the landlord did not hear his voice, the second victim decided to enter the well to rescue him but he also got stuck.

The eyewitness said the landlord, realising an impending tragedy, also entered into the well to rescue the two young men but also got trapped.

When the situation got worse, a distress call was made to the Swedru Office of GNFS and a rescue team was dispatched to the scene and the late Baidoo entered into the well and was able to use a rope successfully to rescue the landlord and the two others.

The two young men who were unconscious, were rushed to the hospital at Agona Swedru for treatment.

The eyewitness said after the successful rescue mission of the three men, the rope used to rescue them was given to ASO Baidoo but it unfortunately, got torn and he got stuck in the well.

The eye witness said the Swedru Fire Service Command, made many attempts to rescue Mr Baidoo but to no avail and a distress call was sent to Winneba Fire Service but by the time they arrived at the scene, he had been brought out unconscious and was rushed to Swedru Government hospital where he was pronounced dead.