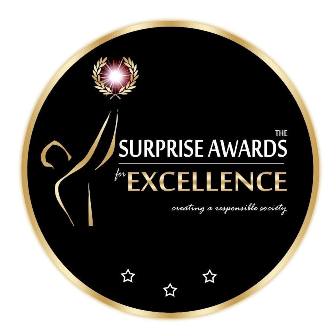 Surprise Awards for Excellence (SAE), today announced its first category, COMMUCATION ARTS AWARDS FOR EXCELLENCE for the 2015 national Awards. Under this category the jury will monitor individual musicians, radio and TV hosts, Advertisers, Footballers, Bloggers/Journalist among others and honor deserving individuals in July 2015. Ohene Kofi the Deputy Director stated that the first category was decided by the management of GOA ENTERTAINMENT and also disclosed that management board and jury are set to pursue the quest of Excellence and Honor only deserving individuals and firms.
He further indulged the public to pursue and deliver excellence and good work for their society and the Nation.
Mr. Gideon ofosu the Managing Director also entreats the public to be alert whilst the SAE team prepare and deliver the award. According to him, this is open to everybody because there is no deadline for submission of nomination. He said no one is picking forms for nomination or what so ever and that anyone that falls under the above listed fields under the Communication Arts Awards for Excellence is automatically a nominee.
He also stated that GOA Entertainment will leave up to expectation in honoring these hard working individuals and firms in the country. He said the COMMUCATION ARTS AWARDS FOR EXCELLENCE is the first
Ohene Kofi added that their first citation of honors was given to Mr.Vincent Adio a great philanthropist who resides in Accra. In continuation he mentioned that their next citation before the first category awards will go to the Ashanti Region of Ghana.
The First SAE is meant and is for the people of Ghana and thus is not hindered by any geographical boundary.

Semi-finalists of Strand Three of the Afri-Plastics Challenge announced

Nominees For The AFSIA Solar Awards 2021 Are ANNOUNCED!