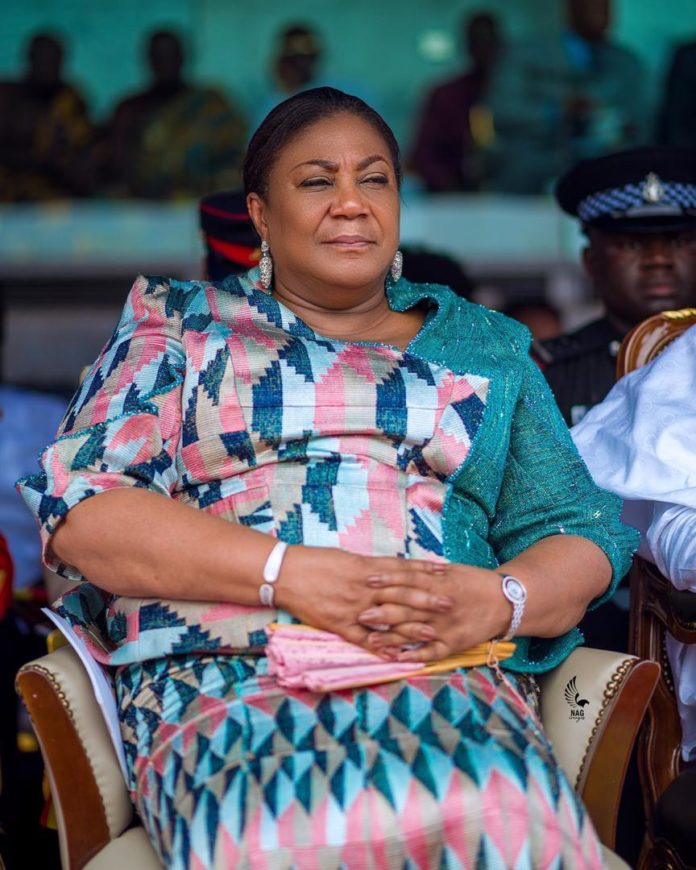 The First Lady Mrs Rebecca Akufo-Addo, has commiserated with the family of the late Madam Akua Denteh, who was tragically lynched at Kafaba, near Salaga in the Savannah Region after being accused of witchcraft.

Some community folks allegedly beat the nonagenarian to death on Thursday, July 23 after a fetish priest accused her of being a witch.

“The lynching of ninety-year-old Madam Akua Denteh, is simply abhorrent. It is tragic that in this day and age, Ghanaians, especially women continue to suffer such barbaric and human right violations that undermine our quest for gender equality” the First Lady lamented.

The First Lady’s message was delivered by Hajia Safoa Mohammed, Savannah Regional Women’s Organiser of the New Patriotic Party (NPP), who led a delegation sent by Mrs Akufo-Addo to the bereaved family.

Madam Mohammed sent the first lady’s deepest condolences to the bereaved family and also presented some items to the family.

“I am encouraged by the various statements of condemnation by many well-meaning Ghanaians and groups. While the statements are commendable, we must take all necessary steps to bring justice to the family and completely abolish all such negative, abusive and violent practices against women in particular”, she said.

Mrs Akufo-Addo also expressed her resolve to continue to work with interest groups to empower women and girls in various ways, including education and skills acquisition, “as a means of insulating them from such barbaric practices.”

The family of Madam Denteh, expressed appreciation to the First Lady and thanked Ghanaians for the sympathy and support.