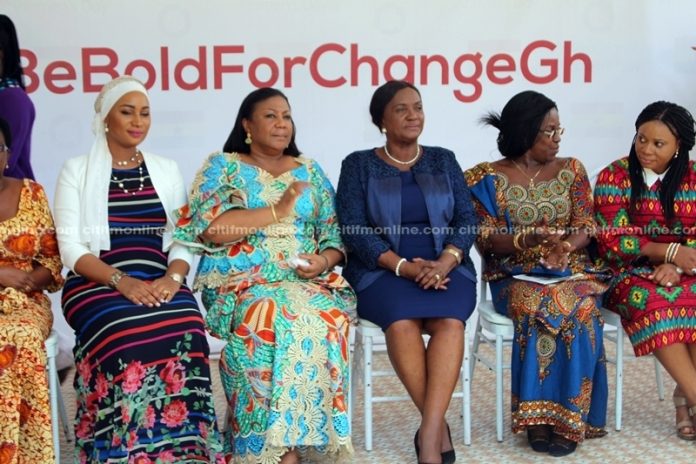 On the occasion of International Women’s Day, Ghana’s First Lady Rebecca Akufo-Addo has pledged to advocate for an increase in women participation in politics.

This she says would help in mainstreaming gender issues whilst promoting women rightd and equality. Speaking at a ceremony to mark the International Women’s day celebration, the First Lady bemoaned the low numbers of women involved in policy making, thus her resolve to use her influence to champion increased participation.

“The world economic forum predicts the gender gap won’t close entirely until 2186. But we cannot wait that long. That is why the idea of being bold for change is so important. We need more female voices in politics and policy making. We need more female voices in academia, industry, business, finance, agriculture, the arts and many more areas. It’s going to be an arduous battle, but I believe we are up to it.” 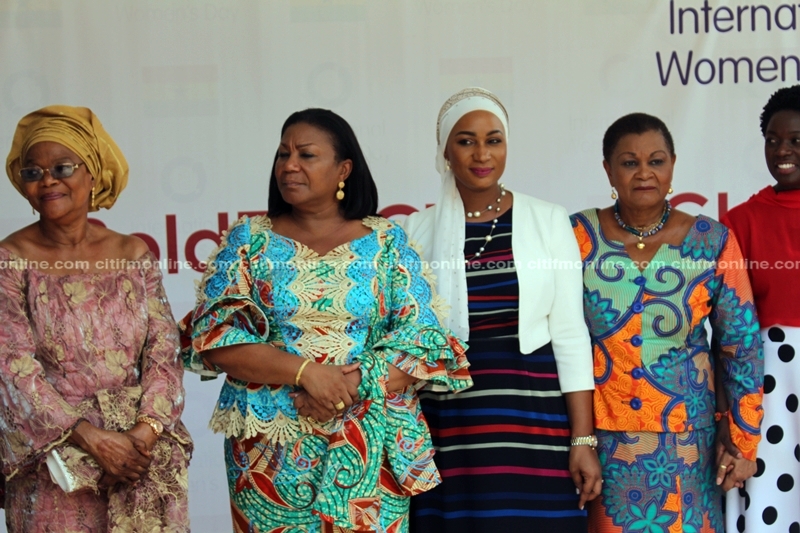 Mrs Akufo-Addo also urged women who have succeeded in their various fields of work to help support other less privileged women in the society. On her part, a former first lady, Nana Konadu Agyeman-Rawlings, blamed the setback in the fight for women empowerment on successive leaders of the country.

She recounted how successive governments have failed to implement the affirmative action bill to address the anomaly.

“You may have a leader who comes into power and helps to propagate the gender balance issue, and so women’s issues start moving forward. Then you have another one who doesn’t really care and think a few women dotted around as ministers are enough and so we can move forward and backwards in a way that creates its own problems. I think we have to look at things differently. Since 1998-2000 we have been talking about affirmative action. It will help us address all imbalances in our society.”

The ceremony which was held at the office of the first lady here in Accra was attended by the second lady of the republic, Samira Bawumia, Ghana’s Chief Justice Georgina Woode, former second lady Hajia Aliu Mahama, chairperson of the Electoral Commission (EC) Madama Charlotte Osei and many other dignitaries.