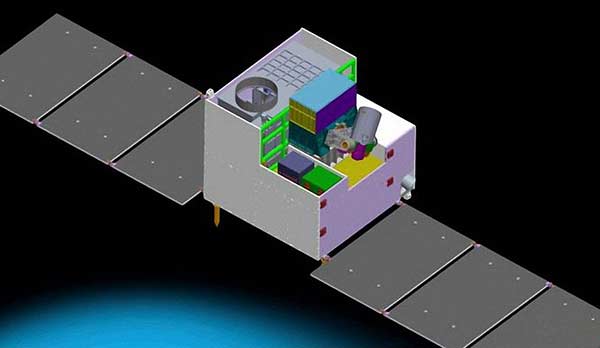 Micius, the world’s first quantum satellite, has successfully completed four months of in-orbit tests since China launched it on Aug 16, the Chinese Academy of Sciences has announced.

“The overall performance has been much better than we expected, which will allow us to conduct all our planned experiments using the satellite ahead of schedule and even add some extra ones,” Pan Jianwei, chief scientist for the satellite project, said at a ceremony on Wednesday.

The major goal is to test the possibilities of relaying quantum “keys” carried by photons, or light particles, over 500 to 1,200 kilometers from a satellite to ground stations to create a new kind of information transmission network that cannot be hacked without detection.

A similar, but smaller-scale, network has been tested and put into commercial use in recent years on metropolitan and intercity networks in China, but satellite-ground quantum communication is believed to be key to expanding a quantum network’s coverage worldwide.

Other missions include quantum teleportation and quantum entanglement, both for the first time in space.

“Initial tests on the satellite have reached a transmission rate that will allow us to finish these experiments within several weeks, so we will have time to add new experiments,” Pan said.

He said the plans include more complex quantum tests between Micius and five ground stations across China this year, and then cross-continental quantum communication experiments to establish links with ground stations in Austria, Italy and Canada in 2018.

“Many key technologies we developed for the Micius satellite have never been used or tested, so in our original plan, it would have been a full success if we were able to build the satellite-ground connection. We did not expect the signal would be so strong, and the transmission rate so high,” Pan said.

Micius is part of the academy’s Strategic Priority Program, which has sent three satellites into space since December 2015.

Late last year, the academy published a proposal for five new space exploration projects to be started during the 13th Five-Year Plan (2016-20).

“The academy’s Strategic Priority Program gives scientists a new stage to build a stronger international reputation,” said Xiang Libin, vice-president of the Chinese Academy of Sciences. “I just received an email from a famous French scientist who wished to cooperate with us on the new space exploration projects. Without the reputation we have built gradually through the Strategic Priority Program, we would not have attracted such attention.”