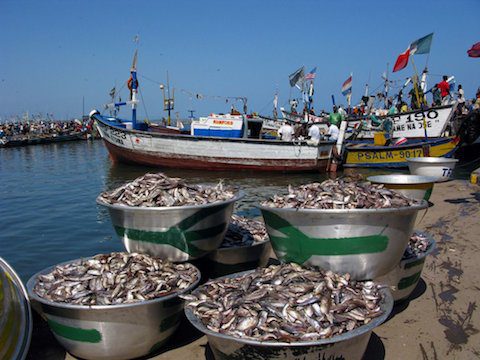 The Eastern Regional Secretariat of the Fisheries Commission says it is putting in place measures to boost fish production in the Region this year.

As part of the measures, the Commission seeks to establish hatcheries and train interested fish farmers to set up nurseries for fingerlings in the districts of the Region.

They are also to ensure that fish farmers got their fingerlings and other fish inputs at their door steps.

Mr Francis Barnes, the Eastern Regional Director of the Fisheries Commission, disclosed this in an interview with the Ghana News Agency (GNA) in Koforidua.

He said last year, the Commission was able to provide 6,000 fingerlings of catfish hatched at the Commission’s hatchery in Koforidua for fish farmers in the New Juaben North and South municipalities and other districts.

In 2020, he said, his office planned to hatch 80,000 fingerlings to help promote aquaculture in the Region and beyond.

He added that the Commission had put in place measures to acquire all male tilapia fingerlings and mixed sexes for interested farmers.

Ms Yaa Agyapomaa Danso, the New Juaben Zonal Director of the Commission, said this year the Commission was working with Ranan Fish Feed Company to get feed for local farmers at affordable prices and rekindle the interest for fish farming.

She advocated the usage and patronage of Ahoto Oven to improve on quality of grilled fish and assured fish farmers in the Region of a ready market.