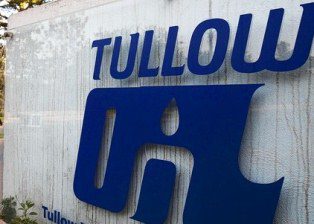 The fishermen had deployed fishing nets very close to the FPSO Kwame Nkrumah posing danger to its occupants, personnel in and around the FPSO as well as sub-sea infrastructure.

The statement said the security crew thereby ordered via the vessels Long Range Acoustic device, that the fishermen haul the nets back to avert danger to their lives as well as those working around and on the FPSO.

The statement said the fishermen refused to heed the advice and continued their operations coming within one nautical mile of the FPSO by 21:45 hours.

The security crew then intervened to haul back the nets onto a Rigid Hull Inflatable Boat (RHIB) deployed by the Seacor Merchant.

The statement explained that due to the damage caused to the canoe by the recalcitrant fishermen the security crew observed that the canoe was sinking.

?The security crew quickly moved in to rescue the Fishermen unto the Seacor Merchant. There were no injuries on either side and both personnel and equipment in and around the Jubilee field are safe and secured,? the statement said.

The security crew thereafter handed over the three fishermen to the Ghana Maritime Police at the Sekondi Navel Base from where they were taken to the Police Station at the Commercial port.

Following the completion of required Police procedures, the three fishermen were released at about 16:20 hours on Sunday February 22.

The public is assured that, the safety, security and well being of human life is of utmost importance to the Jubilee partners; and Tullow Ghana as the operator of the Jubilee field hereby affirms its commitment to ensuring that at all times.