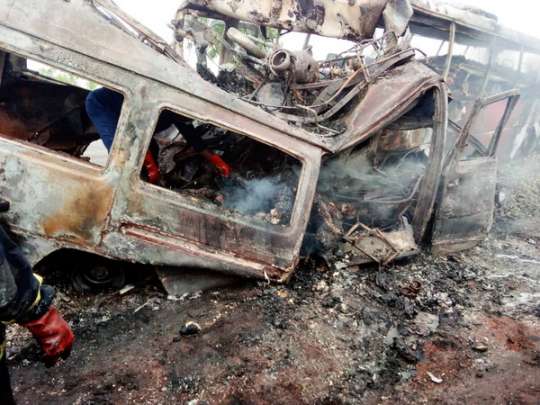 At least five people have been killed after a saloon car collided head-on with a bus in Kishapu district in Tanzania’s northwestern region of Shinyanga, police said on Friday.

Deborah Magiligimba, Shinyanga regional police commander, said the two vehicles collided along the Shinyanga-Mwanza highway on Thursday at about 3 p.m. after the salon car lost control.

Magiligimba told a news conference that all the victims who were males, including the driver of the salon car, died on the spot.

On Aug. 21, eight people, including a one-year-old baby, were killed and 27 others were injured after a bus overturned on a steep slope in Tanzania’s northwestern region of Kagera.