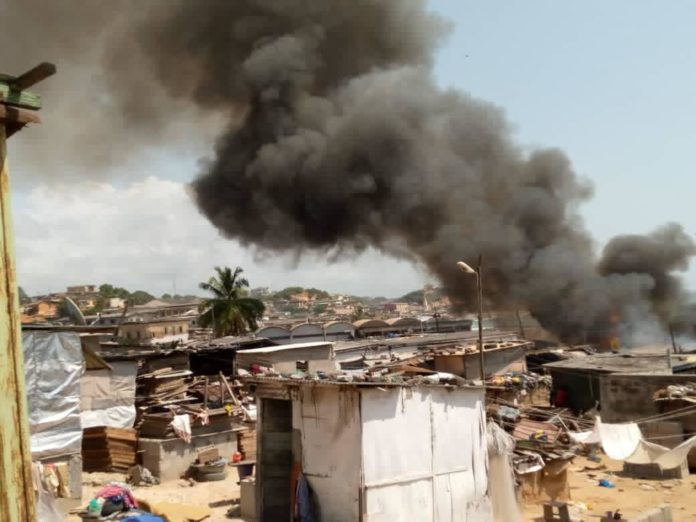 At least five persons have sustained various degrees of injuries after a fiery explosion at Anaafo, a fishing community in Cape Coast, swept through their homes.

As at 1040 hours, when the GNA arrived at the scene, the Ghana National Fire Service and the Ambulance Service teams were busily working to put out the fire and bring the situation under control.

The fire gutted a slum and destroyed properties running into hundreds of cedis.

Aside that, shops that were close to the area were also affected by the raging fire.

The GNA also saw some people wailing while others were busily searching for their relatives.

Mr Kwamena Esuon, a resident told the GNA that the cause of the fire outbreak was unknown, adding that he together with his colleagues, heard a loud blast while they were fetching premix fuel for their fishing expedition.

“ Many of us threw ourselves into the sea just to save our lives, it just exploded and we started running for our lives”.

He said some of his colleagues were seriously injured and are battling for their lives.

Fire officials did not immediately comment on the incident.