Five adults made up of three males and two females have lost their lives in a motor accident on the Accra -Kumasi Highway.

According to police reports, the incident happened on April 11 at about 1420 hours when the driver, Eric Ohemang aged 35 who was driving a Mercedes Benz Sprinter bus with registration number GW 7444-21 with passengers on board from Kumasi to Accra.

On reaching a section of the road at Obretema near Suhum on the Accra-Kumasi highway, the driver alleged that his offside rear tyre suddenly got burst whilst the vehicle was in motion.

In the process, he lost control of the steering wheel and the vehicle somersaulted and landed into a ditch.
Police Sergeant Francis Gomado, Public Relations Officer (PRO), Eastern Regional Police Command, told the GNA that five persons died on the spot while the rest were taken to Suhum Government Hospital for treatment.

He said the dead bodies have been sent to the Suhum Hospital mortuary for preservation, identification, and autopsy.

Sgt. Gomado also indicated that the accident vehicle has been towed to the police station for testing.
He added the suspect driver is on admission pending further investigations. 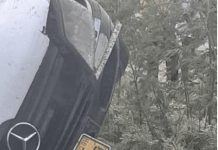 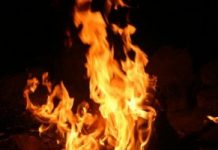 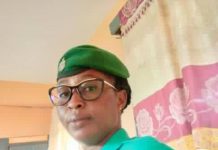 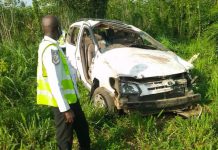 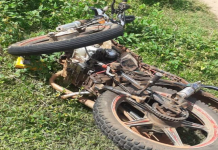