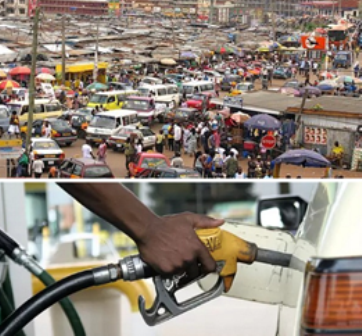 Commercial drivers in the Kumasi Metropolis have called on the leadership of the various transport unions to hasten the process of fixing new transport fares for them.

The upward adjustment in transport fares, they said, was crucial to ameliorating the current hardships drivers faced due to increase in prices of petroleum products and other taxes in the transport sector.

They told the Ghana News Agency during a visit to some transport terminals in the Metropolis that the recent increases in fuel prices and other taxes were seriously affecting their business.

It was, therefore, important for the leadership of the various transport unions to discuss with government and come out with appropriate fares that would be in the interest of all, they said.

Mr Kofi Aidoo, a Station Master at a lorry terminal in the Central Business District, said drivers were expecting the new fares by Thursday, May 6.

He said since Tuesday, May 04, when the prices of fuel went up, drivers were unable to make their daily sales as they were charging less than was required.

Nana Agyei Sikapa, a commercial driver at Atonso, said he had to use additional money to top up fuel before he could finish the day’s work.

That, he said, affected his finances and called for a fast-track in the negotiations to fix the new transport fares.

Mr Kumi Ansah, a taxi driver, said a new transport fare was needed as soon as possible to reduce agitations between drivers and passengers.