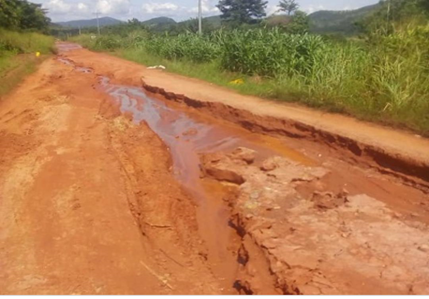 The Ghana Mineworkers’ Union has called on the government to rehabilitate the poor roads in mining communities to ensure holistic development.

The Union mentioned Ahafo and its catchment particularly, the Kenyasi 1and 2 town roads, Hwidiem-Kenyansi roads, Tepa-Acherensua-Hwidiem road, by ensuring that mining communities realised the full benefits of the Minerals Development Fund.

Despite these gains, Mr Wilson said the country’s current place as the largest producer of gold in Africa, continue to experience disappointing results in translating the mineral wealth into broad economic development for the benefit of its citizenry.

“After several years of mining in Ahafo, these communities have not seen any major facelift commensurate with the mineral wealth generated from these communities. The few roads in the area continue to deteriorate every passing day without any clear plan of how they would be fixed – a situation we find extremely disturbing”.

He said the poor state of the road network in the area continuous to cause the residents especially pregnant women to suffer needless miscarriages, still-births and sometimes deaths just in the hands of these avoidable death-traps called roads.

“Again, due to the poor state of the road network, safety and security continuous to be a major challenge for inhabitants and commuters as many innocent citizens suffer molestations, injuries and sometimes gruesome deaths due to road accidents occasioned by these bad roads and arm robbery attacks,”he said.