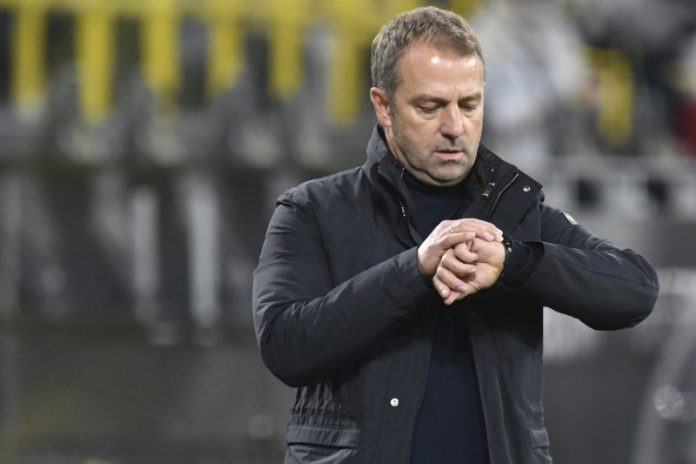 New Germany coach Hansi Flick will be officially presented on August 10 in Frankfurt, the Kicker magazine reported on Thursday.

The former Bayern Munich coach will replace world champion Joachim Loew, who stepped down after Euro 2020.

After the disappointing campaign at the European Championships, that ended with a round of 16 defeat to England, Flick has a few gaps to fill before the World Cup qualifiers round in September.

One of his first tasks will be to find a new goalkeeper coach after the departure of Andreas Koepke.

It’s also still unclear whether Flick will continue to rely on veterans Thomas Mueller (31) and Mats Hummels (32). The duo had been dismissed after the 2018 World Cup but recently called back by Loew to play the Euros.

Flick’s first game will be at Liechtenstein on September 2, followed by his home debut in Stuttgart against Armenia on September 5 and a date at Iceland three days later.

Germany are under pressure sitting third in Group J of the 2022 World Cup qualifiers after a shock 2-1 home defeat to North Macedonia in March.