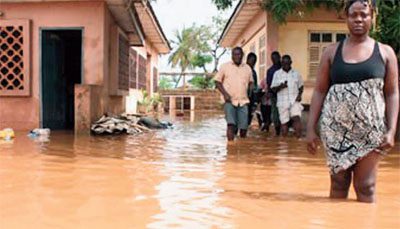 Seven people, among them a seven month old baby, were on Friday night killed by the raging floods in Homa Bay, Western Kenya, as heavy rains continue to pound different parts across the country.

HomaBay police commander John Omusanga confirmed the incident on Saturday which he said occurred at 7 pm when the deceased were on their way from a local market to their villages.
He said that the deceased were swept by heavy flash floods as they attempted to cross the bridges in Gongo and Kotieno.
Four people drowned in River Achak when they attempted to cross the bridge. Rose Owino, the mother of the seven month old baby said she was overwhelmed by the heavy flood as she attempted to cross the bridge.
“I was unable to withstand the fast flowing water and eventually lost the baby to the raging flood,” Owino said as she fought back tears.
She said that she managed to cross safely on the bridge but the baby slipped from her arms. A total of 10 people have died in western Kenya since the rains started a month ago.
The heavy rains have pounding the area for the past one week forcing rivers Achak, Awach Kende and Oluch bursts their banks. Enditem