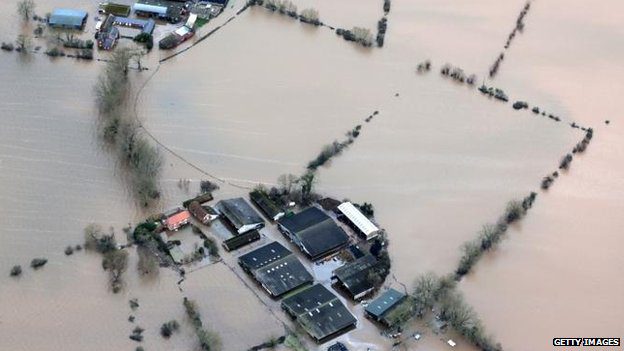 Over 100 villages in Nigeria’s northeastern state of Adamawa have been trapped by floods, caused by persistent rainfall in that part of the country, a local official said on Monday.

While confirming the development to reporters, Muhammad Sulaiman, head of the state emergency management agency, described the current flood situation as the worst ever experienced in the state.

During an on-the-spot assessment by a team of government officials on Sunday, the official said they observed that in some villages, farmers were seen trying to evacuate what is left of their affected rice and maize.

He said efforts are underway to rescue people in the trapped villages, including deploying marine police officers to rescue members of some communities trapped by the flood in some remote areas along the banks of River Benue.

So far, the government has set up six Internally Displaced Persons’ camps for those affected, and more camps will be established in other affected areas, Sulaiman said.

Meanwhile, the National Association of Dry Season and Perishable Farmers and Dealers has confirmed at least 7,000 of its members affected by the flood.

Idris Dasin, the secretary of the farmers’ association in Adamawa, said the floods destroyed almost 90 percent of all dry season and perishable farm products including onion, tomatoes, pepper, rice, and maize along the banks of River Benue.

The areas affected by the flood produced up to 70 percent of all perishable commodities, as well as rice and maize in the northern state, Dasin noted, calling for quick interventions of government and humanitarian agencies.

“From the recent development, there will be the possibility of food insecurity in the state,” he said, adding the water is still overflowing to other places.

The Nigeria Hydrological Services Agency, which is responsible for issuing flood alerts here, had since early August issued an alert over possible flooding due to the high intensity of rainfall across the country.

The hydrological body said the flooding incidents are due to high rainfall intensity of long duration, rainstorms, blockage of drainage systems and poor urban planning resulting from the erection of structures within the floodplains and waterways.