The Saint Francis of Assisi Old Girls Association (FOGA) Members have honoured one of their own, Dr Margaret Amoakohene, Head, Department of Communication Studies, University of Ghana, on her appointment as a Council of State Member. 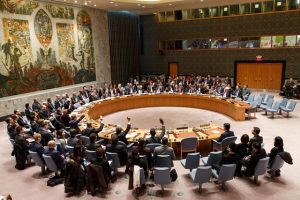 Dr Amoakohene had her General Certificate of Education (GCE) Ordinary Level from 1974 to 1979 at the St Francis of Assisi Secondary School in Jirapa in the Upper West Region.

A citation accompanying the award said:

“This citation is in recognition of your elevation to the high office as a Member of the Council of State under Ghana’s fourth Republican Constitution.

“You had your Secondary Education at St Francis of Assisi Girls Secondary School between 1974 and 1979, for your Ordinary Level Certificate.

“You went on to become an academic, rising through the ranks to become a Senior Lecturer at Ghana’s premier university, the University of Ghana.

It was all nostalgia, when the Old Girls begun to recount their old school days, and to name the bad nuts among them then.

The Old Girls laughed and teased each other about how they used to behave during their old school days.

An elated Dr Amoakohene hailed the group for the honour done her.

“There is something in St Francis that you never get from anywhere else. If for nothing at all, we are trained to respect the work that we do. I haven’t seen any St Francis Girl who is lazy,” she said.

“And I always tell people my motto is that if you don’t want the work to be done, then don’t give it to me; because if you give it to me I will do it.

And if I can’t do it, I will tell you no! I cannot do this. And this is what we have being trained in St Francis to do,” she added.

“And I think each time we go out, that is what distinguishes us from others. You can put two people in the same situation and you will know who is from St Francis”.

She said the Council of State was a serious business; adding that “some of us are ready to give it our best shot”.

Mrs Bodua Seidu announced to Dr Amoakohene that FOGA was collaborating with the School’s Authorities to organise the school’s 60th anniversary celebration in 2019.

She said FOGA was hoping to assist the School’s Management to organise its pre-diamond jubilee speech and prize giving day in 2018.

She said FOGA would also help the School’s Authorities to organise the 60th Anniversary speech and prize giving day in 2019.

Mrs Bodua Seidu hailed the founding fathers of the school for their foresight, which gave girls the opportunity to access formal education.

She advised the current crop of students of the School to take their studies very seriously.

She said members of FOGA met on the first Sunday of every month at 1400hours at the Christ the King Catholic Church, Accra.
GNA/www.newsghana.com.gh