The GPL could return on October 9

The Ghana Football Association has concluded plans for the resumption of football with the Ghana Premier League set to kick off October 9.

Dubbed “Football against COVID”, the plan will see a return of football behind closed doors after almost a six months break.

There will be monthly fumigation of approved game centres. There will also be isolation centres at each game venue.

Under this arrangement, team’s will be mandated to operate with a squad list of 30 players, 7 technical members and 5 management members.

The Ghana Premier League will be divided into two zones to reduce travelling distance.

Each zone (Southern and Northern) will have nine teams with each team playing home and away matches at two match venues.

1. The first-placed team of each zone will contest in a play-off match for the Premier League title.

2. The last-placed team of each zone will be automatically relegated.

3. The 8th placed team of each zone will contest in a play-off and the losing team will be relegated to the Division One League.

StarTimes monopoly on the GPL will be suspended as local TV stations will be granted rights to broadcast the matches.

This to prevent people from trooping to the stadium which will increase the chances of infections.

Engagement with government and other stakeholders

The GFA as sighted by this website will collaborate with government through the Ghana Tourism Authority to secure accommodation for the teams on game days.

GOIL will be engaged to subsidize its product for travelling clubs to help reduce the cost of travelling. Government’s Covid-19 team will also be involved in the testing.

The two teams locked horns today as they continue preparations for the start of the 2020/2021 Dutch Eredivisie football season.

Following an impressive showing at the start of the first half, youngster Cody Gakpo opened the scoring for PSV on the 11th minute with a good finish.

With that equalizer taking the team into the first half break, they returned for the second half and managed to add two additional goals.

A brace from Sam Lammers competed the 3-0 win for PSV as it condemned KFC Uerdingen to a defeat in the pre-season friendly.

Winger Cody Gakpo displayed fine form throughout his stay on the pitch and looks set to play a key role for his team in the upcoming Eredivisie campaign. Chadian Referee to handle Ghana and Cameroon CAF Under-20 game 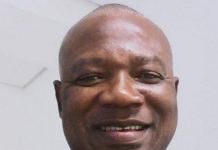 Hearts Board unhappy with the resignation of NCC Chairman