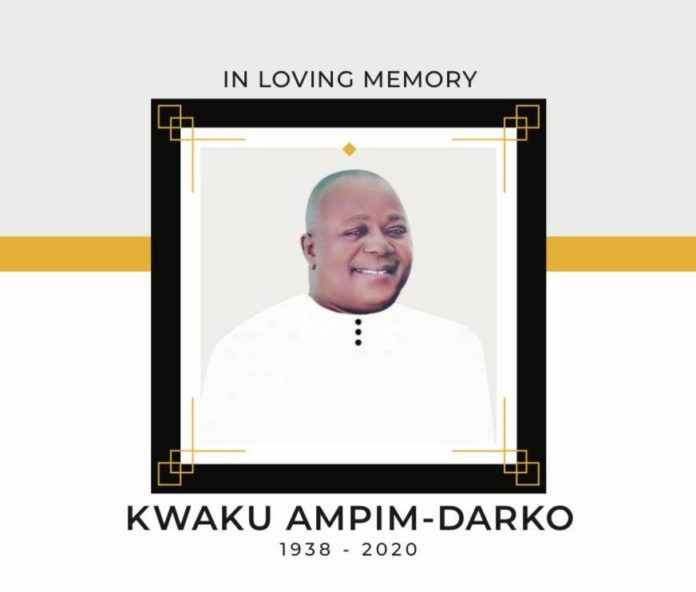 The Football fraternity joined the family and loved ones of the late Kwaku Ampim- Darko former Deputy General Secretary of the Ghana Football Association (GFA) who was laid to rest on Friday, July 31, in Accra.

The late Ampim Darko was the longest-serving staff of the GFA in the history of Ghana Football.

Present at the funeral and burial service were GFA General Secretary Prosper Harrison Addo, the staff of the Association, GHALCA chairman Kudjo Fianoo, Samuel Oduro Nyarko as well as other football Administrators.

In a tribute to the late Deputy General Secretary, the GFA stated that “He was a complete football Administrator whose characteristic commitment to duty helped to lay a solid foundation for the Association’s flagship programme, the “Professional” League in 1993”.

“Although Kwaku Ampim-Darko retired from active service in the year 2001, he was given a contract to stay on due to his dedication to Ghana Football and his institutional memory.”

“Kwaku Ampim-Darko had for so many years single-handedly handled the leagues until the formation of the Premier League Board where he was also made the secretary to continue his good work until he finally exited in 2015 from active service”, the Association said in a tribute to its former staff.