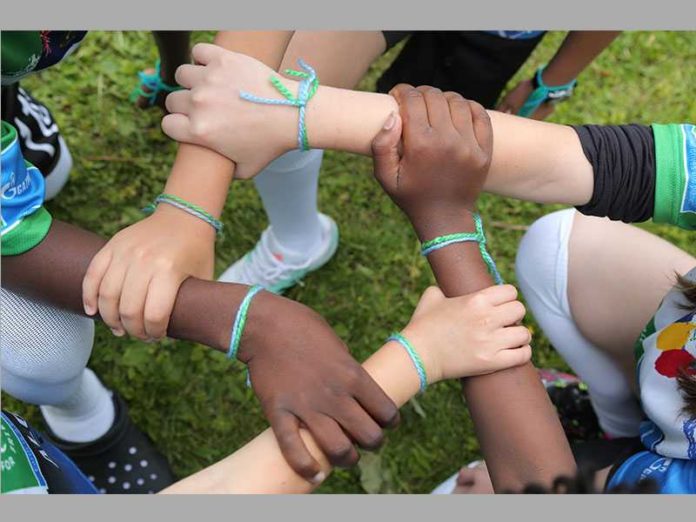 For Yu Huicong, the first college student from his village located in a small town in northwest China’s Ningxia Hui Autonomous Region, football is far more than a sport. It also helps realize his dream.

“Football endows me with a toned body, confidence and a vaster stage, and I hope I can have the chance to battle with tougher competitors in the college,” said the 19-year-old rural teenager.

Yu plays center-back in the football team of the No.1 High School of Lingwu, and most of the team players are rural students. Under the guidance of their coach Ye Zhongzhi, the team has won championships in many nationwide competitions.

In this year’s “Gaokao”, also the all-important college entrance examination, 15 players of the team were admitted to universities such as Beijing Sport University and Soochow University.

Lingwu is a county-level city under the jurisdiction of Yinchuan, the regional capital, and was once a “blank space” for football. The coach Ye, who dreamed to be a football player, picked some talented boys from a local farm and trained them at his own expense, and gradually established the first campus football team of Lingwu in 2007.

Supported by the local government and school, the team has made rapid progress and was offered to play in more large-scale competitions. In 2017, the first female football team was established at the high school, and three girls are admitted to colleges for their talent in football this year.

Due to the popularization of campus football in China, Yu and many other rural teenagers have a chance to take football classes from primary school in the countryside, which plants the seeds of their football dreams.

“It’s really not easy to keep training every day and stand up after getting injured again and again, and what supported these boys are the aspiration for honor and dream of entering college,” Ye said.

In freezing winter morning, when all players finish knowledge reviewing and training under the dark sky, other students just start entering school; on the way to stadiums, the boys make full use of every minute to memorize text knowledge and do exercises, and are required to study for two hours each night even when they just finish a fierce battle in the daytime.

“There are many competitions each year, and sometimes we keep flying from one city to another and can’t see our parents for two months,” said Yang Liang, goalkeeper of the team, who looks up to Germany international Manuel Neuer.

Though admitted by Soochow University in advance with the best scores, Yang hasn’t been carried away by others’ praise. In the summer holiday, apart from helping his parents with farm work, he works hard in the gym at night. “I don’t want to fall behind after entering the college,” he said.

As the core of the team, the coach Ye also keeps improving himself. Under the government’s support, he travels to large cities and even overseas to take professional training each year. In numerous nights, he watches football games and analyzes the tactics, and then teaches them to his boys.

Ye is happy to see that there are more and more people playing football in Lingwu. “There are more football fields, coaches and football lovers, some of whom may grow into the nucleus of Chinese football in the future,” said the tanned man always with a red cap.