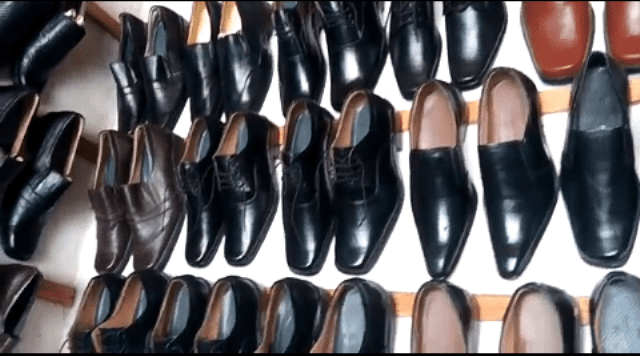 Kiu’s Managing Director, Mr Evordius Ruma, said they are finalising the 600,000 US dollars loan for machinery buying from India. “We are finalising a loan process for the factory, which will have a capacity of producing 800 soles a day,” Mr Ruma said.

The factory will be able to mainly produce rubber and leather soles. The factory, situated at Sido Vingunguti, produces pure leather shoes, with capacity of 100 shoes a day, mostly male and children shoes. Kiu is manned by ten people.

The country does not produce shoe soles and mostly are imported from Kenya. The coming of Kiu soles manufacturing plant is geared to change the trend.

Mr Ruma said despite facing a number of challenges, their factory continued to provide quality footwear to Tanzanians. “We are planning to have our own leather processing unit to control quality but also minimising expenditure,” Mr Ruma said.

He said once they receive those orders, they will increase the production line from one to two to maximise on deliverability. Mr Ruma said it was disheartening to see Tanzanians are rushing to buy imported shoes which have inferior quality compared to most of those made locally.

“I think this is a matter of mindset. Most say our shoes are expensive, but not real, some are cheaper compared to imported ones,” Mr Ruma said.

Shoe experts argued that local made shoes could last four to five times longer than imported ones. Kiu is the product of Small Industries Development Organisation, which is also housed at SIDO premises in Vingunguti, Dar es Salaam.

SIDO Director General Eng Omar Bakari said the bid to industrialise the country starts at the grassroots by supporting small and medium enterprises. “We have a number of projects on hand and coming in next year to support entrepreneurs to maximise their potentials,” Eng Bakari said.

The Confederation of Tanzania Industries (CTI) Director of Policy and Advocacy, Mr Hussein Kamote, said emphasis should be on small-scale leather factories that can grow gradually into big industries only if the government put conducive environment including special incentive packages.

I Will Give Loans To Farmers To Increase Production – Kofi Akpaloo

Samsung to boost investment by 36 percent next five years