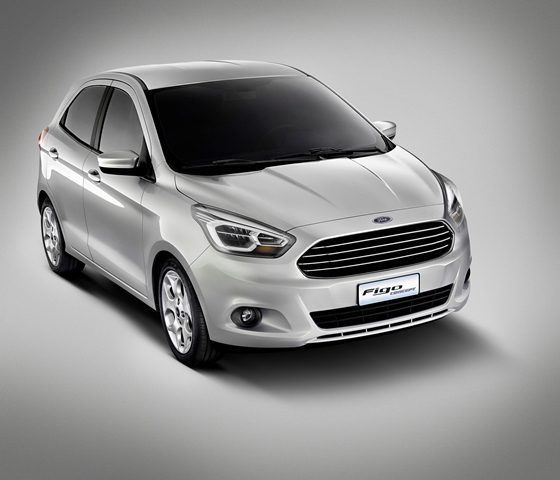 Ford Motor Company of Southern Africa (FMCSA) will give a glimpse of its vision for a new global B-segment compact car, in the form of the Ford Figo Concept, at the inaugural Go Further event in Johannesburg, on 17 July 2014.

Highlighting premium design along with smart and safety features, the concept vehicle provides an indication of the design language to be used in a future version of the popular Figo.

It is also confirmed that a production version of the Figo Concept is planned for South African and Sub-Saharan African (SSA) markets, however details and specifications have yet to be confirmed.

In a statement copied The Punch, Ford aims to set new standards for quality and craftsmanship in the B-segment, and exceed the expectations of consumers in emerging markets.

At less than four metres long, the concept displays a purposeful presence and a no-compromise aesthetic that continues Ford?s design leadership in the global compact car market.

Mark Kaufman, vice president for marketing, sales and service, Ford South Sahara Africa (SSA) stated, ?We don?t want consumers to have to compromise when it comes to choosing modern design, value, safety, and technology in their cars.?

According to him, Figo Concept offers all of the above in a package that would surprise many.

He added, despite its rapid growth, the compact car segment will remain highly competitive as increasingly savvy buyers look for ways to make their money go further.

?Increasingly we are seeing everybody from first time buyers to families looking at their second or third car ? demanding more from their cars,? says Kaufman.

He noted with the Figo Concept they explore the possibilities of offering fresh design, a roomy interior, as well as the latest safety and connected technologies.

Moray Callum, Ford Motor Company?s vice president, Designhinted that in designing the Figo Concept they took a no compromises approach.?

The Figo Concept?s premium, long-lasting design was crafted from the ground up, building on Ford?s global small car expertise and success.

Callum said the design is clean and elegant, to convey a sense of precision, efficiency and sophistication, and to provide their customers worldwide with the global standards of design, quality and performance they are looking for.

Smart design features like electrically adjustable power-fold mirrors are practical, helping to remove the stress of driving through a busy and congested environment.

The mirrors also have a flexible architecture that prevents them from being broken off if bumped by another car or motorbike.

Ford also designed the Ford Figo Concept to feature unprecedented levels of safety for its class, further enhancing the peace of mind for drivers.

Moving inside, the spacious cabin is filled with innovative stowage spaces, the Ford Figo Concept delivers surprising features that bring the promise of tomorrow?s technologies to drivers of compact vehicles.

With an innovative device dock, the Figo Concept introduces a new way to store, mount and charge devices such as mobile phones, MP3 players and satellite navigation systems, seamlessly integrating them into the in-car entertainment system.

?The Ford Figo Concept is the embodiment of how we are building on the One Ford plan to go further for all of our customers globally. The design builds on Ford?s brand pillars (Quality, Green, Safe, and Smart) to meet all the functional requirements customers expect while providing a package that is sure to surprise and delight customers,? Callum hinted.