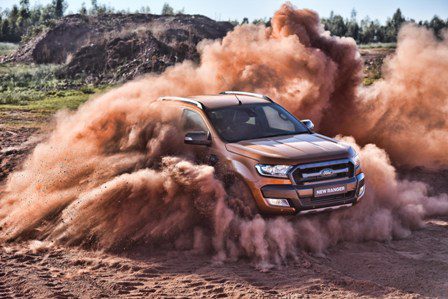 “For an unprecedented fifth year in a row, Ford’s venerable Ranger is the best double cab in South Africa,” Car Editor Steve Smith stated at the awards.

The generous size of the Ranger’s cabin, high specification level, refinement and ride comfort, as well as the rugged looks and performance were all praised by the Car editorial team. “Overall the Ranger has the widest spread of talents,” the judges commented.

The Ford Kuga once again topped the extremely competitive Compact SUV/Crossover category for the second year running. “The Kuga remains unbeatable,” according to Car. Its price competitiveness, frugal engines, generous standard specification, good performance, overall comfort and handling were identified as key strengths for the Kuga.

“Despite the extremely competitive nature of the industry and the flurry of new model launches throughout last year and into 2016, we are both proud and delighted to see the Ranger and Kuga scoring repeat victories in their respective classes for Car Magazine’s Top 12 Best Buys,” saidTracey Delate, General Marketing Manager, Ford Motor Company Sub-Saharan Africa Region.

“With the new Ranger we raised the bar even further in terms of sophistication, refinement, performance and technology for the light commercial vehicle segment, and this is acknowledged both by industry awards and the growing number of customers buying Rangers, with 2015 sales up more than 18% year-on-year.

“The Kuga retains its popularity by delivering an unrivalled combination of style, comfort, versatility and performance, matched to superb overall value-for-money,” Delate added.

Along with the main Top 12 Best Buys awards, the Ford Fiesta ST was acknowledged as the Best Hot Hatch in the ‘Light Hatchback’ category, while the Fiesta range was a runner-up in the overall class.