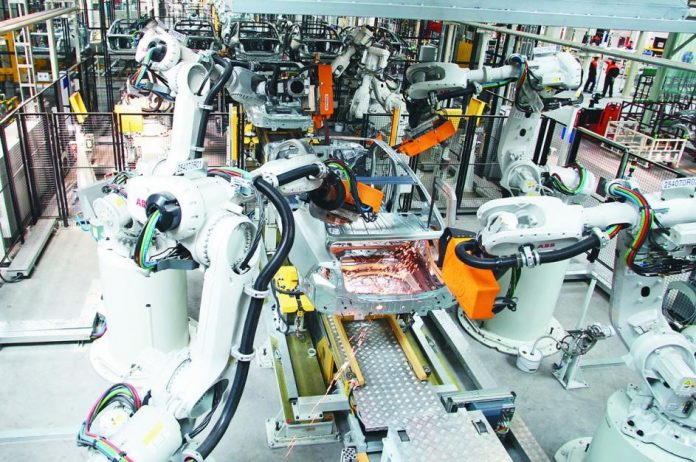 China’s business environment for foreign investors has improved, as latest data showed that in the first nine months of this year, the country eyed 23,541 newly established foreign-invested enterprises, an increase of 10.6 percent year on year.

In the same period, the actual amount of foreign investment was 618.57 billion yuan ($93.7 billion), up by 1.6 percent year on year, according to the data released by China’s Ministry of Commerce on Oct. 13.

From January to September, the actual use of foreign investment in manufacturing sector was 181.76 billion yuan($27.5 billion), an increase of 7.5 percent on a yearly basis, accounting for 29.4 percent of total foreign investment.

The actual use of foreign investment in high-tech services was 91.59 billion yuan ($13.9 billion), an increase of 24 percent year on year.

The absorption of foreign investment in the central region continued to grow rapidly. In the first nine months, the actual use of foreign capital in the region amounted to 45.63 billion yuan($6.9 billion), up 46 percent year on year.

China always treats domestic and foreign enterprises equally, and strives to optimize environment for foreign investment. The country has been deepening reforms in streamlining administration, delegating power and optimizing services, in order to offer more convenience for foreign investors.

China, in this April, set up seven new free trade zones (FTZs) across the country, including Liaoning in northeast China, bringing the total number of FTZs to 11, and an opening-up framework based on all-round system innovation encompassing the east, west and central regions have taken shape as a result.

The State Council, in the 2017 negative list for FTZs issued on June 6, removed 27 items which were in the 2015 edition.

The Ministry of Commerce and the National Development and Reform Commission, in a revised catalogue for guidance on foreign investment in China issued on June 28, brought the number of restricted measures from 93 in the previous catalogue down to 63, while encouraging foreign capital to flow to high-end, intelligent and green manufacturing.

In the World Bank’s ease of doing business ranking, China moved up 18 spots in 2016 compared with where it was in 2013. A 2017 report by Switzerland’s IMD Business School has indicated that China has seen notably improvement in economic performance, governance efficiency and business efficiency.