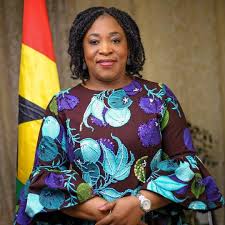 Madam Shirley Ayorkor Botchwey, the Minister of Foreign Affairs and Regional Integration is attending the 2019 edition of the annual Paris Forum on Peace.

A statement issued by the Ministry of Foreign Affairs and Regional Integration and copied to the Ghana News Agency said Madam Botchwey was expected to arrive in Paris on Sunday, November 10, 2019 to represent President Akufo-Addo at the Forum, which begins on Monday, November 11.

“This year’s Forum is scheduled to take place from November 11th-13th,” it said.
“It is to be held at the Grande Halle de La Villetta and will bring together political and economic leaders as well as various stakeholders to advance concrete projects of global governance.”

The statement said the Paris Forum on Peace was launched under the auspices of the French President in November 2018 by eight organisations from across the world.

It said the launch marked 100 years after the end of the First World War, and the maiden edition of the Forum enabled 65 heads of state and Government, 10 heads of international organisations, 121 project directors, and 6,000 Government stakeholders to reaffirm the importance of multilateralism and joint action.

It said at this year’s forum, Madam Botchwey was expected to deliver an address that would highlight the need for global peace and stability.

The statement noted that Madam Botchwey would also be afforded the opportunity to showcase the Government of Ghana’s governance projects, as well as interact with her global counterparts, leaders of international organizations, economic decision-makers and project leaders.