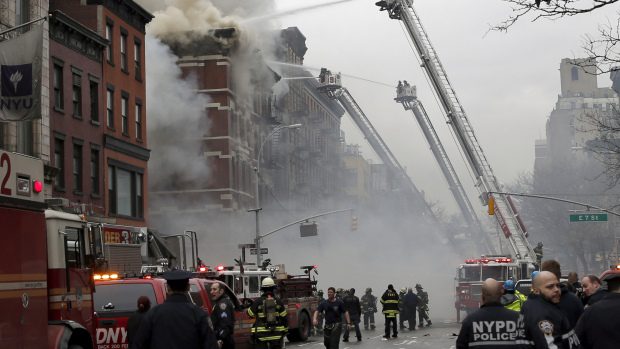 More foreign-owned shops have been burned in a new spate of xenophobia-related violence in parts of South Africa, authorities said on Monday.

This came despite reinforcement of police force in troubled areas around Durban, KwaZulu-Natal Province.
Violence spread to more impoverished townships where local communities grudge against foreigners for opening “illegal business” and taking up employment that should have belonged to locals.
In Umlazi township, attacks on foreign-owned shops were reported overnight, police spokesperson Major Thulani Zwane said.
Then the violence spread to nearby township KwaMashu, he said.
“We have had several cases in Umlazi overnight where shops were looted and then set on fire,” the spokesman said. “It was also hectic last night in KwaMashu, with the violence spreading there near the men’s hostel. Foreign-owned shops were attacked and when everything of value was stolen the places were torched. People even blocked the roads with burning barricades to stop police from doing their jobs,” Zwane said
Police have arrested 22 people on various charges ranging from damaging property and illegally possessing firearms, according News24.
The latest spate of violence started on March 25 in Isipingo near Durban and then spread to nearby townships.
In the violence, more than 100 foreign-owned shops were looted and hundreds of foreigners were forced to leave their homes. Situation in these townships remained tense, police said. In a related development, an Ethiopian died in hospital on Sunday from injuries sustained when his shop in Umlazi was burned on Friday night, hospital sources confirmed. On Sunday, President Jacob Zuma strongly condemned the violence as well as the destruction of property and the looting of shops in Durban and in any part of the country.
He reminded citizens that not all foreign nationals are living in South Africa illegally.
“Many foreign nationals have legal status and contribute meaningfully to the economy and the development of our country and also abide by the country’s laws,” he said.
He also said all spheres of government have been directed to enforce laws and by-laws to curb the growth of illegal trading and unlicensed shops which appears to be of concern to citizens throughout the country.
The police are working hard to arrest foreign nationals who engage in criminal activities and many of these arrests and convictions are announced publicly, Zuma said.
Zuma said the government is addressing the issues that are being raised by citizens nationally, in particular, complaints about illegal and undocumented migrants, the takeover of local shops and other businesses by foreign nationals as well as perceptions that foreign nationals perpetrate crime.
“We reiterate that there can be no justification for attacking foreign nationals. Those who are in the country illegally should be reported to the police and they will be returned to their countries of origin in a lawful manner,” Zuma said.
The looting and xenophobia highlight the struggle for resources among South Africa’s poor. South Africa’s neighbours still face huge problems of underdevelopment and poverty and there has been a constant stream of economic refugees into South Africa, looking for work and an escape from poverty. Enditem