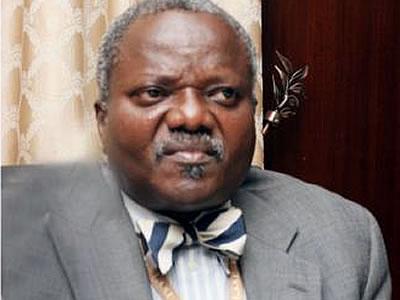 Answering questions put to him by counsel to The SCOAN, Olalekan Ojo, the university don and current Vice Chancellor of Lagos State University, stated that it would be wrong and beyond his jurisdiction to probe into the cause of the collapse.

Speaking further, Professor Obafunwa disclosed that out of the 116 corpses that his team handled, only 6 are yet to be identified. On that note, he urged the government that in the event of a recurrence of a tragedy of such magnitude, sufficient announcements needed to be relayed that would enable the public to be aware of the situation on ground, especially family members of those affected.

Asked by the Chief Magistrate, Oyetade Komolafe to make recommendation that would ensure that such incidents are forestalled or better managed in future, Professor Obafunwa said: ?There should be synergy among the various rescue organizations. Their activities should be better coordinated. It is high time we had a proper forensic laboratory in the country. We need to also train more personnel in the various areas of forensic pathology. As for the unidentified corpses, we need more awareness through announcements to enable relatives who may not be aware that their family members are involved to do the right thing by assisting us with sample DNAs?.

Meanwhile more support has continued to pour in for the Founder and General Overseer of The SCOAN, Prophet T.B. Joshua, as various groups stormed the court to register their solidarity with the cleric. Speaking to the press after the court proceedings today, some of them said that Joshua is a beacon of hope for the common man, stressing that he does not deserve any form of injustice. They said they were ready to mobilize international action against any person, institution or group that tries to undermine the integrity of Joshua and his ministry.

Organizations such as the National Youth Service Corps (NYSC), the West African Student Union (WASU) as well as Nollywood actors under the aegis of the Actors? Guild of Nigeria (AGN) stormed the court en masse for Prophet T.B. Joshua.