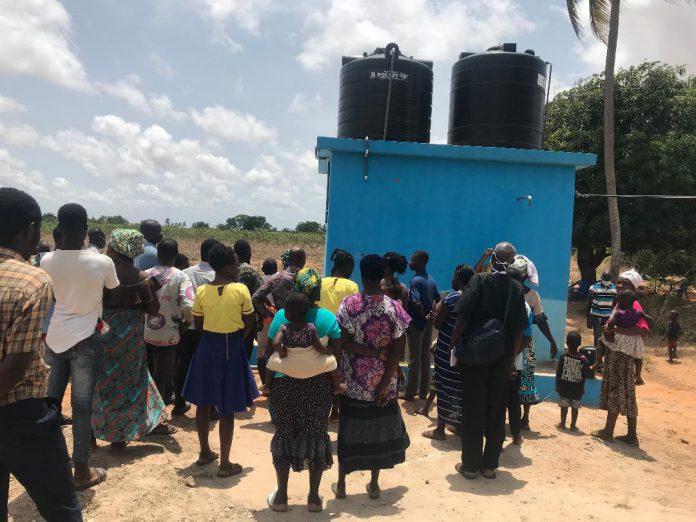 “Partisan politics only creates enmity among people and slows down development, after elections let’s forge ahead in unity and work towards the development of Ada together” Madam Sara Dugbakie Pobee, District Chief Executive, (DCE) Ada East stated.

She made this call during a handing over of a mechanized borehole to the residents of Gbanavie, when some community members lamented that some portion of the Gbanavie community had access to water from Ghana Water Company Limited but had refused other members of the community, to tap into their water lines to enjoy potable water services.

As such, the residents said, they had also vowed not to allow that portion of that community to enjoy the flow of water from the mechanized borehole handed over to them by the DCE.

Ms Pobee reacting to the issue told the residents that, the population of Ada was increasing rapidly and as such, efforts of every member of the community would be needed to improve the standard of living in the Ada District.

She said extreme partisan politics should not be entertained especially after elections as it would only slow down the development pace in the District.

Ms Pobee tagged as Ada Development Executive Director for her developmental agenda expressed concern about how partisan politics had caused some fractions in some parts of the country saying that such an attitude would only retard development in the country.

She said there was the need for Ghanaians, to put their political interests aside after every election and rally behind the government in power to ensure the development of the nation.

She said national development could be enhanced through unity, peace and handwork irrespective of the party affiliation and urged that Ghanaians should yearn towards the development of the country.