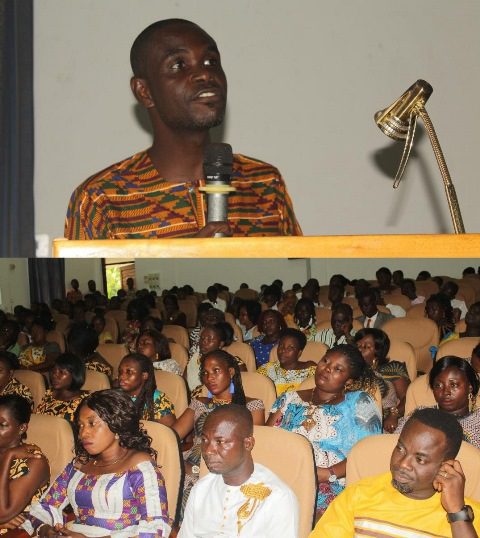 In its bid to begin the process of formalising the informal sector, the Institute of Entrepreneurship and Small Business Development (IESBD) has honoured 70 graduates, who successfully completed a month’s training.

The training programmes, which impacted on the 300 informal sector workers over a period of two years was a complement to government’s agenda to formalise the informal sector and enable them to perform beyond its current status.

Beneficiaries of the ceremony

The graduation ceremony, which was in its third edition certified various informal sector workers such as hairdressers, fashion designers, bead makers, farmers, caterers and other artisans.

Mr Ken Ofori Atta, the Minister of Finance in the 2020 Budget and Economic Policy statement delivered in parliament of Wednesday November 13, this year said the government would focus on providing support to informal apprenticeship training for out of school Youth in exclusive and vulnerable circumstances.

He said the government will do this through the National Youth Authority by commencing the dissemination and implementation of the revised National Youth Policy and its Action Plan.

Speaking at an Economic Forum organised by the Danquah Institute on May 10, this year, Mr Ofori-Atta said the formal sector could no longer shoulder the tax burden of the informal sector.

He announced in that forum that the government was planning a number of measures to broaden the tax net.

All around Africa, there has been calls and moves for the formalisation of the informal sector in the quest to formalise the African economy, which has over the years been an informal dominated economy.

The Herald in Harare, Zimbabwe reported on November 19, this year that the Zimbabwean economy has been heavily informalised for the past two decades, becoming more like a dual enclave.

Madam Kristalina Georgieva, Managing Director of International Monetary Fund speaking on the topic: “Measuring the Informal Economy” at the Fund’s seventh Statistical Forum said the informality of an economy resulted in lower tax revenues that hindered the government’s ability to spend on social programmes and investments.

She said the IMF recently estimated that informality comprised 38 per cent of GDP in sub-Saharan African during the 2010-2014 and that in some countries, it accounted for up to 90 per cent of jobs.

Mr Joshua Mensah, the Executive Director of IESBD said at the graduation ceremony that the Institute was committed to formalising the informal sector through training and nurturing because of its importance to the African economy.

In an interview with the Ghana News Agency, he said the IESBD as a professional educator with much focus on the informal sector trains the informal sector workers with practical training programmes and guide them to immediately implement what they learn.

He said students of the Institute were taken through programmes such as profit calculation, cost management, customer service, financial and money management skills, where they were thought on book keeping.

Mr Mensah said in the training programme, the tutors met the students in clusters in various locations, which included Madina, Teshie, Osu, Ashongman zones, to be trained.

After the graduation, he said the Institute inducted all of its graduates into a year’s Micro Business Incubator programme, where they were nurtured in their businesses by experts in the various professions to become masters of their craft.

Mrs Comfort Oduro Nyarko, the Chief Executive of Makola Institute urged the graduates to use the skills gained from the training programme and continue to learn to improve their professional competencies.

She told them to guide themselves with Creativity, Opportunity seeing and taking, Resilience and remain persistent in their professional practice.