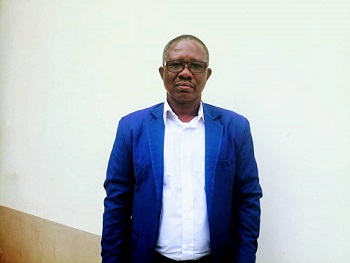 Numo Adinotey stated that Ashaiman lagged in development and the only way to develop the city was to involve all stakeholders, including traditional leaders in the total transformation of the municipality.

The former MCE explained that the last four years of the retained MCE did not see much development as people anticipated but was quick to add that his new term should be development driven.

Numo Addison told the Ghana News Agency at Ashaiman on the sidelines of the election of the MCE for Ashaiman that most roads in Ashaiman had deteriorated, making it unbearable for drivers and pedestrians to commute from one place to another within the municipality.

He polled 24 votes out of 25, representing 96 per cent of the total votes cast.

He said with the cooperation of the Assembly members, the Member of Parliament and the Regional Minister, the MCE elect would deliver good prospects for the people of Ashaiman.

Numo Addison said Ashaiman remained a commercial municipality, where trading and other businesses thrived, saying the residents and business owners must benefit from developmental projects from the government.

He thanked the Greater Accra Regional Minister and the Assembly Members for the massive show of love to retain the MCE.