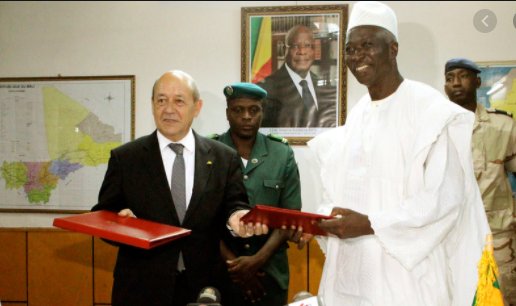 Former Malian Defense Minister and retired Colonel Bah N’Daw was appointed Mali’s transitional president by a 17-member commission set up by the National Committee for the Salvation of the People (CNSP) on Monday, CNSP’s President Assimi Goita announced on national television.

Between May 2014 to January 2015, N’Daw was served as Minister of Defense and Veterans Affairs under the presidency of former President Ibrahim Boubacar Keita, who resigned after the mutiny on Aug. 18 this year.

According to the Transition Charter, which was adopted on Sept. 12 by some 500 participants from different forces of the nation after three days of consultations, the eventual transitional president will be either a military or a civilian, and the transition period would be 18 months.

Also, during the period of transition, a National Council of 121 members composed of those from the political forces of Mali will be set up as the legislative body.

N’Daw’s appointment came two days before the end of the ultimatum issued by the Economic Community of West African States (ECOWAS) to the CNSP at the end of the mini-summit held in Accra, Ghana, on September 15.

ECOWAS also demanded that the CNSP should be dissolved immediately once the civilian transition is put in place.

Following a mutiny on Aug. 18 in the Soundiata Keita camp in Kati, near Bamako, former Malian President Ibrahim Boubacar Keita and his Prime Minister Boubou Cisse were brought to the camp by mutineers.

Keita announced his own resignation that evening, as well as his government and the dissolution of the National Assembly. Enditem