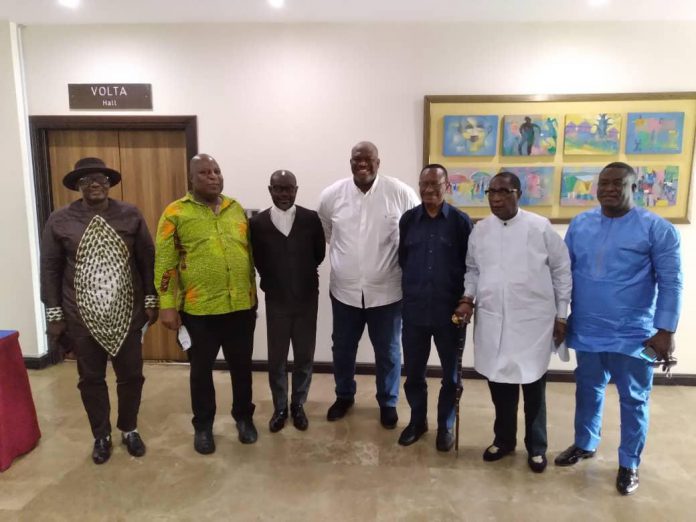 Nii Armah Ashitey, a former Regional Minister said, “we are ready and prepared to help our brother to succeed in developing the Greater Accra Region.”

Nii Ashitey made the commitment at a meeting with the current Regional Minister and former Ministers as well as Council of State Members Representing the Greater Accra Region.

The engagement was to solicit advice from the past Ministers and for them to share their various experiences as well as buy in to the current Minister’s vision for the City of Accra.

Areas of discussion included indiscipline in the Region as regards the disregard and disrespect for law and order, including COVID-19 safety protocols and security challenges.

Nii Ashitey commended Mr Quartey for engaging the former Ministers and Council of State Members to share their experience.

Mr Quartey said he saw his appointment not just as a Ministerial appointment but an appointment with support, prayer and advice from his predecessors and other opinion leaders and stakeholders to work in collaboration to make Accra Work.

He said he had met with executives of the New Patriotic Party, MMDCEs, Departmental Heads under the Regional Coordinating Council and also with the Parliamentary caucus of the Greater Accra Region.

The Minister said before he launched the Let’s Make Accra Work’ project, he was engaging all stakeholders and the meeting with the former Ministers was important to him because based on their experience they could not only buy into his vision but also make inputs and wise counselling.

“we are coming together as one people from Accra regardless of our political affiliations to make Accra Work, since it is a Cosmopolitan area and indeed challenges been encounter here may not be the same compare to other Regions but indeed we must make it work,” he said.

He called on the support of the media to educate the people of the Region and the country on the indiscipline currently happening in the Region on the disregard and disrespect for law and order, including COVID-19 safety protocols and security challenges.

The Minister said going forward, the former Ministers platform and Council of State Members engagement would be a regular affair.

On COVID-19, the Minister said all Metropolitan Municipal and District Assemblies (MMDAs) should collaborate with their respective Police Commanders and other security apparatus to ensure that all Beaches from Ada to the coastal boundary with the Central Region remained closed until further notice.

He said there was constant engagement with operators of beach resorts to facilitate adherence to this directive and MMDAs should ensure heavy security presence to enforce compliance at all times.

Mr Quartey said they should also ensure that violators of these instructions were arrested, fined or prosecuted to serve as deterrent to others.

“Every stakeholder in the region is enjoined to be part of this campaign and stay away from the beaches to save lives and curb the spread of COVID-19,” he added.