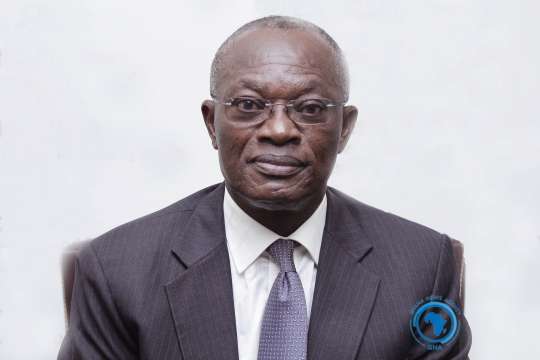 A founding member of the New Patriotic Party, Mr Abraham Ossei Aidooh, has cautioned port authorities throughout the country to tighten security at the entre-points to ward-off threats of the coronavirus (COVID-19).

The former Minister who is currently a Member of the Parliamentary Service Board and the Ghana Gas Board said although they were putting up measures, the structures were not enough to combat serious emergencies.

In a statement copied to the Ghana News Agency in Accra on Friday, Mr. Ossei Aidooh, who is also a former Majority Leader and Minister of Parliamentary Affairs, described the current state of unpreparedness as akin to the port beckoning the virus into Ghana.

According to him, there were many foreigners, including; Chinese, who were entering the country through the Tema Port without any meaningful screening at a time that China had admitted losing control over the viral outbreak.

The current state of affairs, he said posed danger to the lives at the Ghana Ports and Harbours Authority.
“I fear for the lives of GHAPOHA workers,” Mr. Ossei Aidooh, who is credited with pioneering the New Patriotic Party (NPP) in Tema, said.

Government, a couple of weeks ago, announced that it had put in place measures to ensure that people travelling into the country were scanned for the deadly corona virus before they were allowed into the country.

As part of the arrangement, temperature scans were installed at both the Kotoka International Airport and the Tema Port. However, it is well known that most people entering the country do not go through the scan procedures.

There have been reports of visiting foreigners virtually fighting state officials who demand that they go through the scanning process.Mr. Ossei Aidooh is asking that more be done.

“We must tighten the measures to keep out the virus; probably we should think of quarantining every visitor for at least the incubation period of the virus, now that the virus is on almost every continent,” Mr. Ossei Aidooh said.
There are reports of the virus emerging in the United States of America and Iran, where about 15 deaths were recorded. There is an outbreak in Italy which has recorded over 300 cases with about 11 deaths.

Austria, Croatia, Switzerland and Algeria in Africa, have been reported to have experienced some cases of coronavirus in their jurisdictions. Spain is also battling to contain the outbreak of COVID 19 after it identified some of its citizens contracting the virus from Italy.

China has currently declared the outbreak of COVID-19 out of control and is seeking the help of the World Health Organisation to declare a state of emergency after losing thousands of its citizens. It is reported that there are about 80,000 (Eighty thousand) reported cases with about 2,700 (Two Thousand Seven Hundred) deaths so far globally.