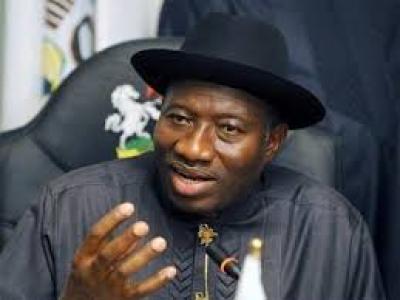 Former Nigerian President Goodluck Jonathan on Tuesday urged young people in the country’s oil-rich south region to remain peaceful and shun violence that would hinder the development of the region.

Speaking in Yenagoa, capital of Bayelsa state, the former president cautioned youths against restiveness in the region which he said supports the economy of the nation through the production of oil and gas.

Jonathan told his audience that youths remained the focus of most government development policies, saying that any attempt to cause violence would work against their interests.

According to him, peace in the Niger Delta is very essential as any disturbance in the region affects the country because the region supports the economy of the nation.

The oil-rich region has in recent years witnessed a series of inter-ethnic clashes and oil pipeline vandalization, leading to loss of oil exports and national revenue.