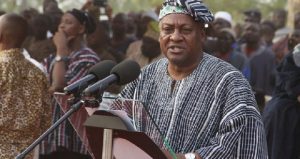 Former President John Mahama has been informed of the funeral of the late Wor-Lumor Konor Borketey Larweh Tsuru I, Gborbu Wulomo (High Priest) of the Ga-Dangme State by the elders. 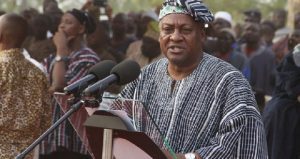 A delegation led by Nii Bortey Okplen Djalesane II, Nungua Oblantai Mantse presented a copy of the funeral arrangement to the former President.

The late Numo Borketey Laweh, the Overlord (Shitse) of the Ga-Dangme State would be laid in state from Tuesday, February 28, to March 4. He died on November 24, 2015.

Former President Mahama said the Wulomo had been his great friend and assured the delegation of his presence at the funeral.

A High-powered NDC Delegation Attends The Funeral Of Wisdom Gbedzo

Agotime Chiefs appeal for opening of borders for funeral